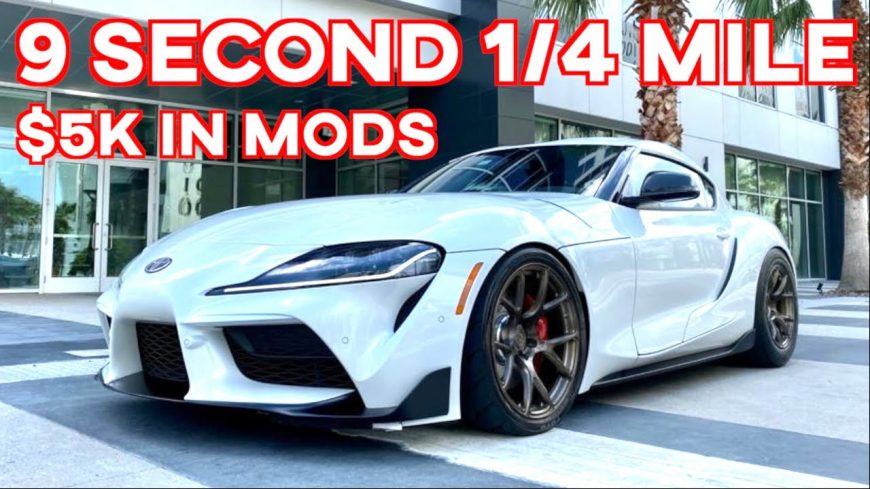 With all of the automotive treats that we’ve received over the past couple of years, it can be hard to keep track of everything. One platform that has definitely been making some progress, though, is that of the 2020 Toyota Supra. As far as Supra experts go, the folks down at Real Street Performance have seemed to guide the way with Supras in the past. That trend is continuing as they have grabbed hold of a 2020 and are already making the most of it.

While the latest Supra is still relatively early in its evolution, it has already seized the moment. Real Street has already managed to make it knock home a 9-second quarter-mile with a couple of thousand dollars in bolt-ons.

For those who recall, the car managed a low 12-second pass with just a tune. Without too much of a major overhaul, the car has shaved a couple of seconds off of that quarter-mile E/T.

This time, we check out a car that has received some love with bolt-ons and a Pure 800 Turbo at the core of the build. It also features a single fogger nitrous kit along with BC Racing Coilovers, a drag wheel and tire setup, and MS109 Race Fuel.

By following along below, the guys from That Racing Channel take us on the guided tour. Right off the bat, the crew behind the Supra wasted no time getting to work with the tune only iteration. As time has gone on, they’ve shown us that they’ve stayed hard at work to really show off the potential of the platform.

For those who remember, some were concerned that this car would never really perform because it was a “Rebadged BMW.” It seems like a Real Street is really championing the Supra and showing us that there’s nothing to worry about with the latest and greatest from Toyota.

« If These Concepts Say Anything, Luxury Submarines Could be the Future of Yachting