Over the years, if somebody wanted a luxury automobile, the general consensus would ...

Over the years, if somebody wanted a luxury automobile, the general consensus would point out that consumers overseas. For those who haven’t caught our drift, of course, we’re talking about Europe. More specifically, Germany has seemed to be the country behind lots of top-tier high-quality luxury machines with the likes of BMW and Mercedes-Benz among others.

In fact, there was a good period of time where American cars had caught a certain reputation for being pretty awful. Of course, beauty is in the eye of the beholder but regardless of if this idea was true or not, the reputation that American cars were cheap and unreliable had begun to build through the 80s and 90s.

However, at the turn of the century, things began to shift as America really stepped up their game up. As we fast forward to 2020, it seems as if the gap between quality and junk is shrinking. As greater access to technology and means of manufacturing becomes available as these things develop, it’s almost as if the playing field has leveled out across the board. In fact, there aren’t really all that many bad cars being produced by major manufacturers, if you ask us.

So how exactly does a phenomenon like this translate to the high-end luxury segment?

This time, the guys at Throttle House dive into exactly that question to see if they can come up with an answer. As it turns out, both Mercedes-Benz and Cadillac offer up $100,000 SUVs. That’s certainly a lot of money to drop on a vehicle to haul the family around but each of these competitors certainly makes a good case as to why they should be king if you’re looking at dropping six figures on a truck.

By following along with the video below, we get to see just how much the gap has closed between Europe and America. Has the Cadillac Escalade risen to a point where it can be considered a peer of the Mercedes-Benz GLS? Is Germany still the top dog in terms of luxury machines?

Yet again, this is definitely an area where beauty will remain in the eye of the beholder. However, it seems like America’s case is stronger than ever. 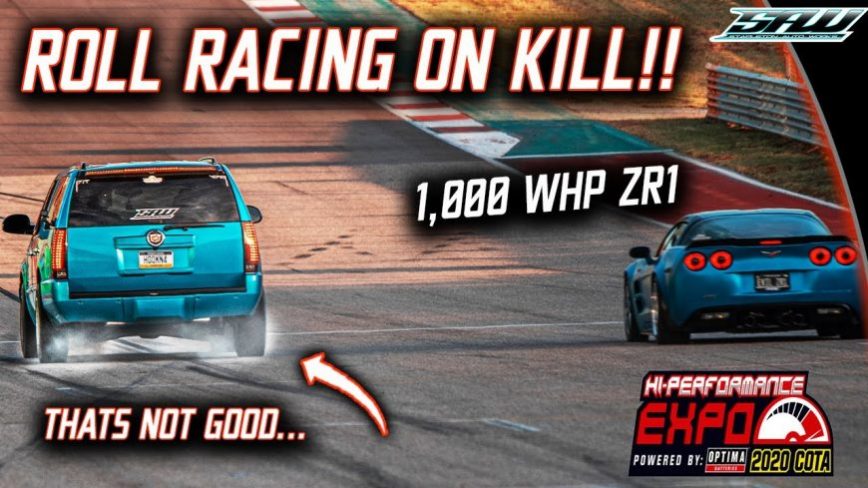