25 of the Wildest Wrecks in NASCAR History 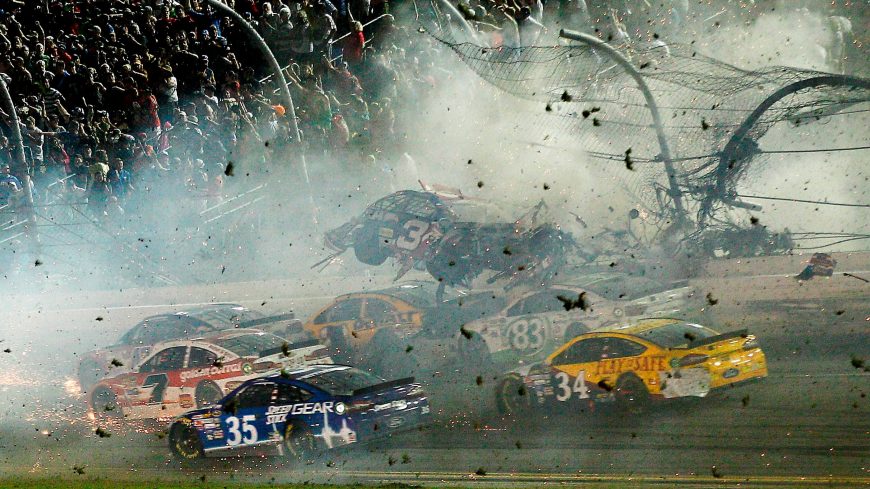 If it comes to a NASCAR race, or pretty much any race for that matter, you never know what’s coming around the corner both literally and figuratively. With so many drivers with so much to win on a regular basis, they’re out there fighting tooth and nail, really giving it their best shot to make their way to the top. With this insatiable need to win, sometimes, drivers will push just a little bit too far and end up getting tangled up in a hairy situation. At the end of the day, it really just seems like a part of racing but, this particular component of the competition could potentially end up doing some big-time damage.

Over the years, NASCAR racing has definitely seen its fair share of crashes, some being more spectacular in nature than others, really throwing some theatrics out there on Sunday when drivers want to just push their luck a little bit in an attempt to go home with victory. Sometimes, competition gets the best of them but other times, simple equipment failures could be the culprit that leads to a situation that calls for a need for a little bit of correction. Some of these crash situations are so iconic that they have even led to compilation videos like this that attempt to rehash some of the most dramatic crashes to have ever occurred.

If you follow along down in the video below, you’ll be able to join in on 25 of the most entertaining wrecks in all of NASCAR history. From situations like this, NASCAR has definitely learned a lot and as such, safety equipment has been getting better and better over the years to evolve to the point where it is today. While you definitely never want to see someone go down in competition, there is also a lot to be learned from situations like this that could help propel racing to a better place in the future.