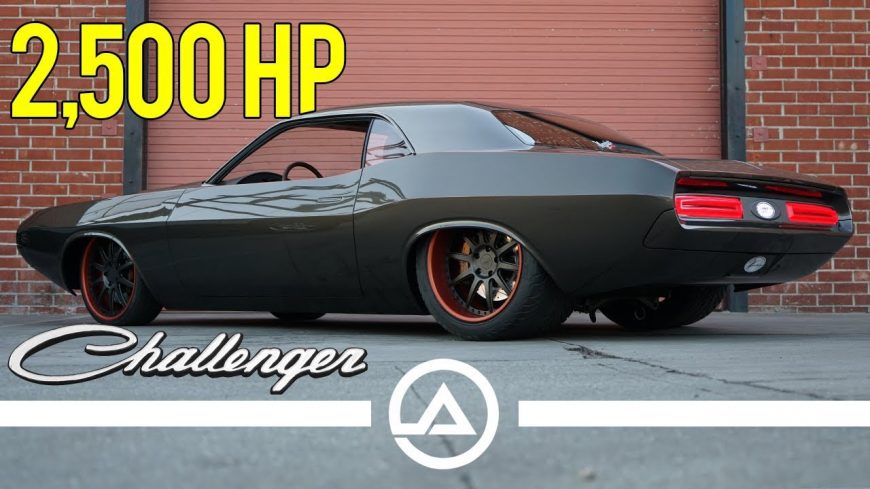 When it comes to custom builds, there are definitely different levels. Of course, every build has its own custom flair. However, let’s just say that some combos got a little bit crazier than others in their thoroughness. With this particular 1970 Dodge Challenger, it finds its way to the top of the ladder. There are so many different custom components that it can make the head spin.

Just going through the spec sheet might be enough to really raise an eyebrow. The folks at Rides by Kam really went all out here. The car in question is powered by a 572 ci all-aluminum Hemi that is also ProCharged. When all is said and done, the combination is good for 2500 hp. As if that wasn’t head-turning enough, it just keeps on going from there. This power wasn’t simply stuffed into any old car. Instead, we see a machine with no stone left unturned. In fact, we learn that “Not one inch on the car that hasn’t been touched.”

Instead, every part of this machine has been customized. This isn’t stuff that you’re going to find at the local parts store, either. From the air suspension to the custom emblems and the engine bay that we could eat off of, the goodies just keep on coming. We almost don’t even know which way to look. There are just so many well thought out touches that demand attention.

By following along with the AutotopiaLA video below, we get the grand tour of the masterpiece of a machine. We’re not even quite sure if we can call this one a Dodge Challenger anymore. Literally every component that we see has been tweaked in some capacity. Around every corner, there is a new modification. It would probably take hours of scouring the car to be able to see it all. The video below definitely gives us a very good taste of what to expect, though.