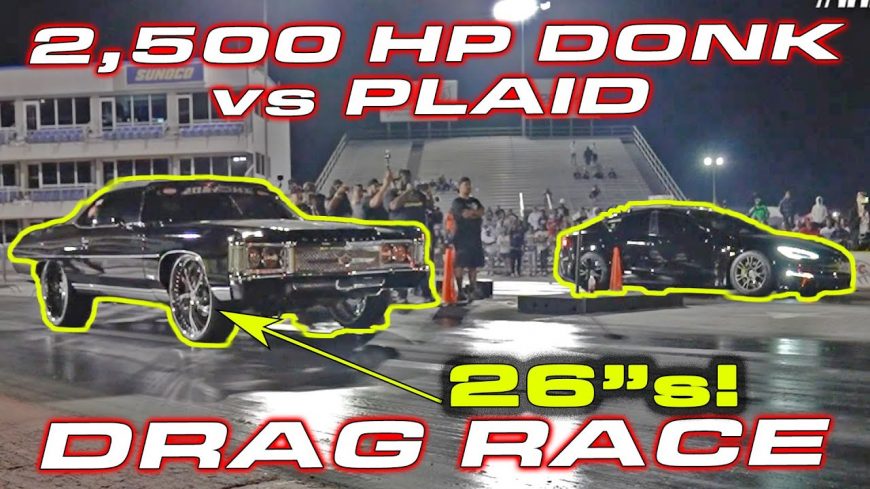 As hard as it might be for some racing enthusiasts to admit, an electric car has officially taken over as the baddest production machine on the market.

That’s right, it’s not a Lamborghini, McLaren, or even something like a Corvette that is the most potent car available to the general public. Instead, we look in the direction of Tesla to find the fastest car to ever make its way down the quarter mile. The electric car that’s capable of a mid nine-second quarter mile is not only quick but it’s also consistent. The all-wheel-drive electric combination has the sedan pulling hard from a stop and following through on the top end with quarter mile trap speeds over 150 mph.

With that, the enthusiast community has definitely been doing its job and comparing this new king of the hill of production cars to just about everything that they possibly can. All sorts of different creators and traditional enthusiasts alike have found their way to drag strips, airstrips, and just about everywhere that one could potentially drag race to compare the Tesla Model S Plaid to, well, you name it.

This time, the electric car is definitely going to have its hands full as it goes head to head with a car that is very well-known and respected around the racing community.

Even though “Donk Master” might be sitting on 26-inch wheels, the 1971 Chevrolet Impala has been known to throw down with some pretty heavy hitters and come out on top. This is thanks to the 2500 hp found under the hood, all of which gets put to good use in a brain-bending display that somehow has these massive wheels promoting traction.

Down in the video below, we get to check in with what is probably the fastest Donk ever as it goes head to head with the Model S Plaid to see who reigns supreme.

« NASCAR Powered Ford Galaxy is a Subtle Work of Art That SCREAMS!