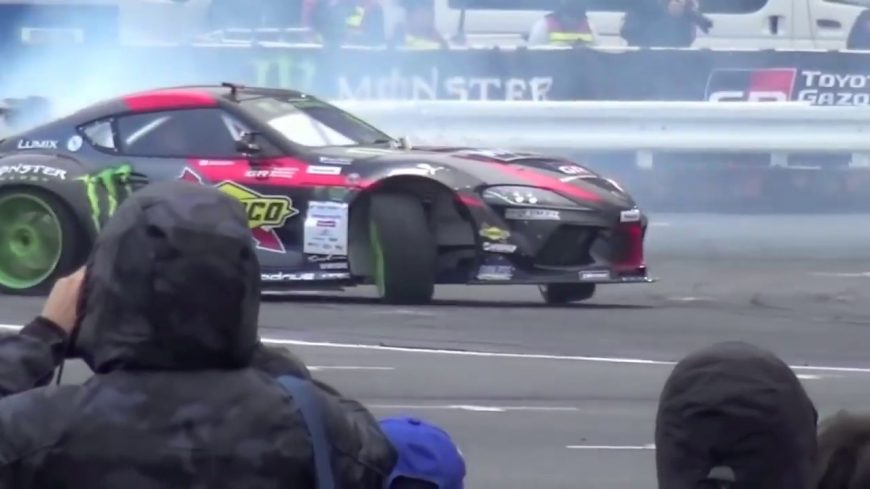 One of the biggest bombshells in the automotive performance industry this year has certainly been the new Toyota Supra. From the design to the collaboration with BMW and everything in between, folks have really picked this thing apart. Long story short, we haven’t even seen the car hit the streets yet. The fairest way to approach something like this is to at least give it a chance to see exactly how it does. We’ve seen a wall of negative speculation broken down time and time again with various platforms. When all of the dust settles, the GR Supra might even be bigger than the MKIV ever was.

However, it’s certainly not helping the case of the new Supra that the first popular rendition of the car has forfeited the original motor. Instead of the 3.0 L turbocharged in-line six-cylinder, the drifting machine of Daigo Saito has an 800 horsepower 2JZ under the hood. Unfortunately, though, it seems as if, very early on in the car’s lifecycle, it has had a couple of problems to deal with. Now, it’s not all that uncommon for engines being pushed to the edge to have a stumble here and there. This time, that stumble comes in the form of a small fire that formed under the hood of the Toyota during Japan’s D1 Grand Prix drift competition.

By following along with the video down below, we get a glimpse of the 2J powered car in action. Everything was looking good, but all of a sudden, one thing leads to another and these guys are going to have to go back to the drawing board a little bit. Hopefully, the damage wasn’t too extensive. Honestly, we were quite looking forward to seeing what kind of impact this machine would make as it moves forward, hoping to achieve drifting supremacy.