Even though we, as a society, have come quite far in the way that we govern ...

Even though we, as a society, have come quite far in the way that we govern ourselves, there are still blunders to be had here and there. Every once in a while, some sort of loophole in the system brings us to a place where there might be a little bit of confusion. For example, just imagine getting parking tickets in the mail for a vehicle in question that has never been to the location where said ticket was dispatched from. For this man, that’s simply something that happened over and over again. It’s something that a trip to the DMV couldn’t fix, either.

It seems like, for the man behind this white pickup truck, all he wanted to do was use it for what it was designed to be used for. A little bit of utility and recreation would await him. However, as he repeatedly got tickets in the mail for different vehicles that apparently were linked the same tag, it didn’t seem as if he could operate without a bit of stress. When he would go to the Division of Motor Vehicles to see what was wrong and try to remedy the situation, they wouldn’t even let him out of the tickets as they say that he failed to provide the correct documentation. It’s really an obscure situation as he was trying to prove his innocence for tickets against vehicles he’d never even seen before.

By following along with the video below, we get a little bit more probing into the situation to see exactly how it all went down. Since the news report, the owner of the truck has gotten new tags which seemed to have remedied the problem. We aren’t filled in on exactly why something like this was happening but hopefully, the insight from the situation served as a helpful example for the powers that be so this doesn’t happen anybody else.

These Are The Best Ways To Spot Cops And Avoid Tickets! 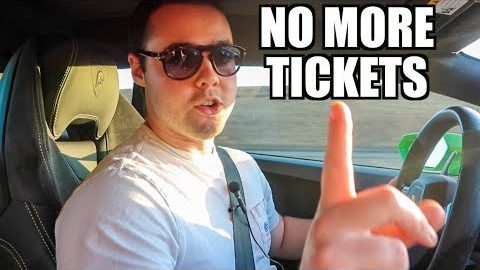