For those who like a little bit of a challenge on top of something that’s ...

For those who like a little bit of a challenge on top of something that’s already challenging, Drag Week might be the event for them. Not only do competitors on Drag Week have to be consistent and pretty fast, but they also need to make sure that their rides will be reliable on the street.

Now, for your common 12-second car, this can be pretty challenging. Let’s just say that even for these cars, the event is a little bit more difficult than it sounds. Driving spans of up to 1000 miles over the span of the week while beating on your car in between can be tough on the hardware and the driver alike. However, the faster that the cars get, the more challenging the week becomes.

When we make our way to the fastest that the event has to offer, it’s basically a full-time job, and then some to make something like this come together. It’s an accomplishment in and of itself to take a car to the 6-second range on the strip. Taking that 3000 hp, 6-second monster on the street really makes things all that much more impressive.

This time, the crew over at Hoonigan took it upon themselves to check in with one of the most impressive machines on the Drag Week circuit. This time, the action comes at us from Joe Barry Motorsports with a ’56 Chevy by the name of Creamsicle. This monster of a machine is making north of 3000 hp, cranking out those aforementioned 6-second passes, and doing a couple of hundred miles on the streets in between.

By following along with the video below, we get an inside look at how exactly a car like this comes together. There are tons of considerations to be made on the way to the 6-second range. When compounding the difficulty with street driving, though, things get much more difficult. At the end of the day, this isn’t something that just any enthusiast could figure out how to do. Instead, it takes years of dedication, hard work, and learning the craft to make all of the puzzle pieces come together. 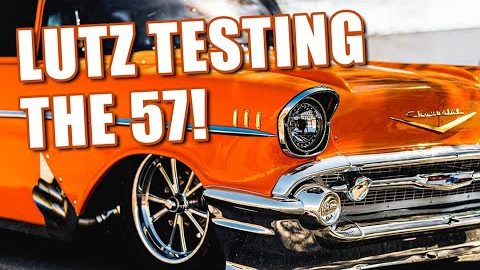