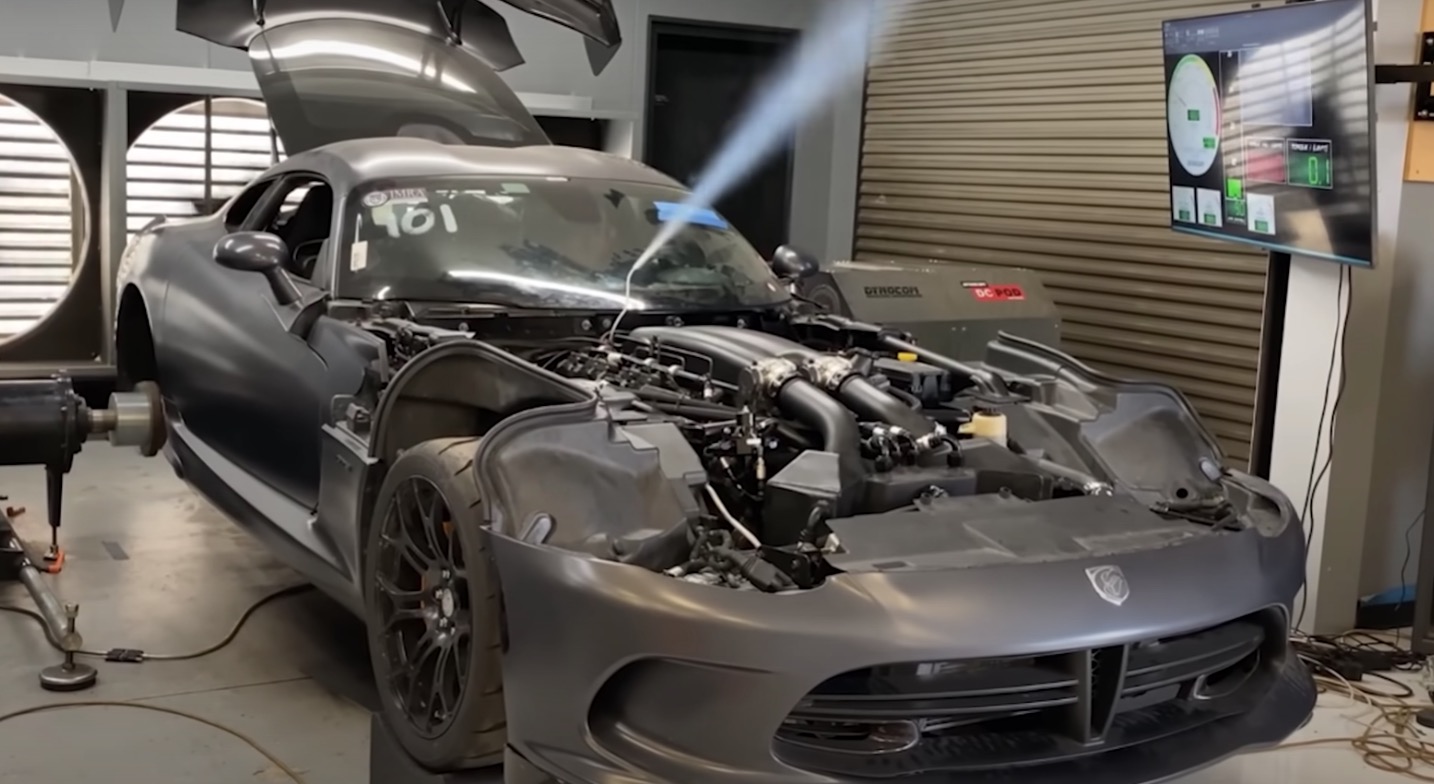 This time, the crew from That Racing Channel is chasing down a Calvo Viper. Luckily, they were able to catch one but we’re not sure if anything else will be able to. When push comes to shove, finding something that’ll be able to compete with a 3000 hp streetcar is a tall task. When we throw in the fact that sequentially shifting transmission, this is guaranteed to be a blast. Just the sound is enough to melt an enthusiast to their core!

The screaming sound of some of these builds is awesome enough. Adding the quick-shifting nature of the sequential transmission just takes things to an all-new level. Throw in a little bit of nitrous, a 400 shot to be exact, and we’re in complete nirvana. From the looks to the sounds to the downright brutal performance, this Viper delivers on all levels.

Below, we get to dig into the car a little bit more to see what it’s all about. Vipers like this one are almost a product of folklore as it seems impossible to be that quick. However, with a good builder behind the wrenches, anything is possible. Time and time again, we can’t help but be impressed with these creations.