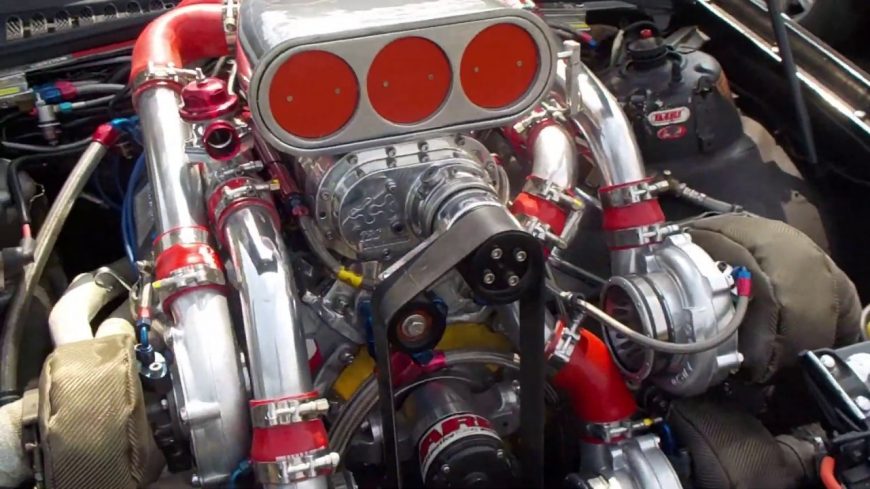 Every once a while, we come across builds that are almost too insane to be able to comprehend. When somebody really puts their mind to it, some really creative concoctions can come out on the other side. This time, it looks like somebody started with nothing more than a traditional four-door Volvo. However, when things were said and done, the car evolved to anything but traditional. Instead, it might just be one of the most rambunctious machines out there on the streets.

We stumbled upon this video on YouTube that shows off the beast itself. The owner claims that it should create about 3000 hp. This claim isn’t substantiated by any sort of dyno session just yet. However, it’s not too far of a stretch of the imagination when considering the components that are under the hood here. Powering the 632CI V8 is a whole host of different power adders. Not only does this thing have four turbos that are ready to send a boost through the engine. It also features a supercharger and appears to have a bottle of nitrous on it as well.

Now, we know what the experienced mechanics here are probably thinking. Just because it has all of those different power adders doesn’t necessarily mean that they’re going to work efficiently. We can’t really say either way just yet. I guess that the eventual dyno session that the owner has promised will have to tell that story.

As for what we have right now, the build is actually pretty incredible to sink our teeth into. It’s interesting to see just how all of these different parts have been crammed into one central location. The person behind the keyboard turning this thing is probably going to have one heck of a time figuring it all out. Once the build is all sorted, though, we would absolutely love to see the Volvo rip. Photo credit – The Drive

« Building the Ultimate Raptor to Give Away!