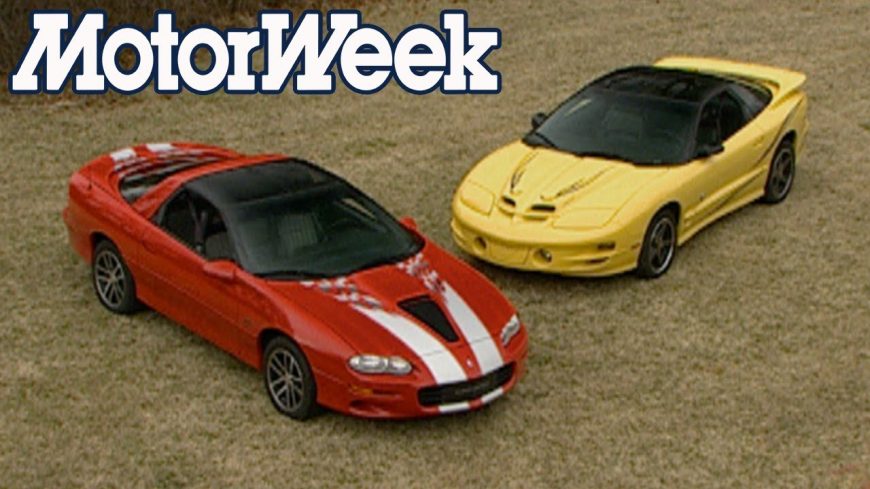 When presented with the opportunity to check out a Retro Review, it’s something that we almost always have to say “yes” to. Whether it’s because the focus is something that will take us on a walk down memory lane or a series of concepts that is completely foreign to what we know today, these reviews always provide something entertaining. Thankfully, Motor Week has decided to dig back into the archives and post some of the older videos of some of the cars that we really loved at the time. Some of these machines ended up being classics and some, we even love today. This makes the videos all that much more fun.

This time, we dig into a rather unique situation where General Motors was going through an odd patch with their pony cars. As it turned out, there was a point in time where they thought that the Chevrolet Camaro and Pontiac Firebird were done for. These were a model that they were going to cut from the lineup entirely and never bring it back.

As fate would have it, of course, the Camaro would eventually its redebut in 2010, eight years after it was cut in 2002. However, it’s still quite interesting to roll back the clocks and see what the mindset was in a review of a car that was supposed to be the end of an era. It’s crazy to put ourselves in those same shoes as fans of a vehicle that we might be led to think is never going to be seen again.

Perhaps even stranger than the tone of a video from somebody who thinks that the Camaro is never going to be seen again is the price point that these cars are coming in at. Back then, a decked out version of one of these cars, fully loaded, could be had in the low $30,000 range. Today, one would consider themselves lucky to even be able to afford V8 power in a new Camaro without coming close to $40,000!