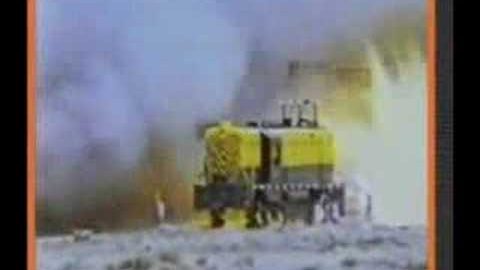 When we first checked out this video, we kind of got the feeling that this would be one of those experiments that would happen and never be spoken of again as it would end with complete catastrophe.

However, as we obviously have the video now, we know that it didn’t end a catastrophe… Well, maybe a little bit of catastrophe but not a complete wreck.

The aim of this odd set of circumstances is to see what would happen if a train bashed into a semi truck filled with spent nuclear fuel.

Like we said before, it sounds like it would spell out disaster right from the start, but the result wasn’t really that bad at all. It really did create an epic scene as well.

Check out the video below that shows off what happens when people play with fire and manage to get away with it. We can almost guarantee that you won’t be able to take your eyes off of this one.

« Twin turbo Pontiac Trans Am drags bumper down the track