In terms of the different automotive aficionados that we know, there are all sorts of ...

In terms of the different automotive aficionados that we know, there are all sorts of different types. Many might enjoy a traditional vehicle but sometimes, we know that car fans among us are bigger fans of the oddball vehicles. There is an interest factor among these oddball vehicles but it takes a special someone to go out and actually spend their money on one.

These things can actually be a lot of fun though. In addition to attracting a lot of attention, there something comfortable about the oddities that this one-off or very rare vehicles bring to the table. After all, in the world of automobiles, we’re all after something a little bit unique and our own. With a vehicle like this, though, we can almost guarantee that the owner will be the only one at the car show with the platform.

For the select few who’ve ever thought that the Chevrolet Corvette should’ve come as a four-door, now is their time to shine. For those who are expertly remarking that Corvette never did come as a four-door, though, good observation. Instead, this is one of the select few that ended up being patched together by California Custom Coach in Pasadena, CA.

Once upon a time, they decided to take the likes of a 1979 Corvette, cut it and another Corvette in half, and patched them together. The end result would be a Corvette sedan sandwich. There were only six ever made but we would venture to think that this one might be in the best condition of the group. Given how cars age over time and how careless people can be along with accidents, we have no idea what happened to the other five. This one was posted for sale about two years ago and in the ad, the owner stated that similar cars were posted five years prior for $300,000 and $500,000.

By following along with the video below, we get the full rundown of what exactly a Corvette looks like with four doors. This gem of a machine actually sold for around $65,000 two years ago. What is it worth today? I guess that financial beauty is in the eye of the beholder with this unique ride. 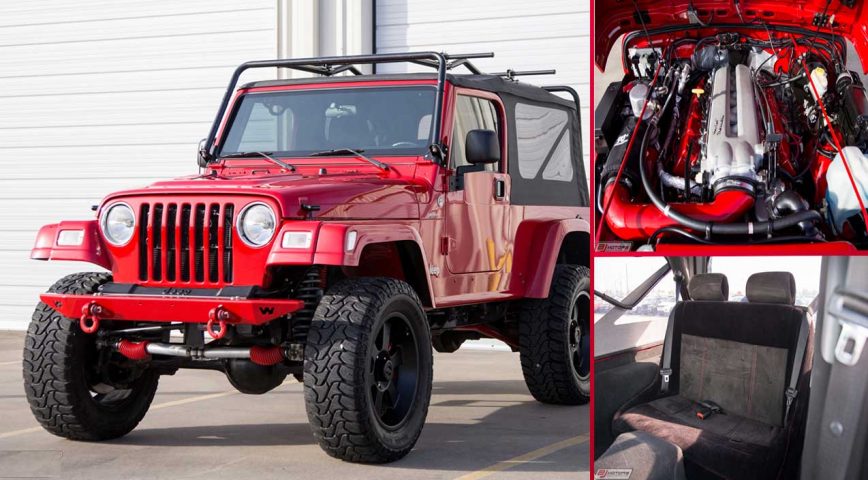