All-Electric Porsche 911 is Shaping the Future of Performance Driving 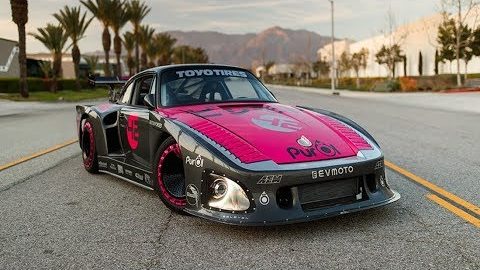 In the coming years, we would venture to think that the electric motor swap should be a growing phenomenon. These days, electric power is still relatively new. As it becomes more developed and cheaper, all sorts of electric-powered sports cars are going to find their way to the landscape of performance.

This time, we check out somebody who happens to be a little bit ahead of the curve. The candidate here is none other than a Porsche 911 that has gone fully electric owned by Bisimoto. Some purists might think that swapping a car like this over to electric power could be sacrilege. However, the more open-minded automotive enthusiasts will probably find that this Porsche is pretty intense.

It might be kind of crazy to say. After all, Porsche is a company that really focuses on producing optimal performance. However, taking electric power and introducing it to the chassis might have just made this thing even more of a killer than it was from the factory. That’s really saying something!

This time, the Hoonigan AutoFocus YouTube channel is taking us on an in-depth tour of what to expect from an electric Porsche. The car known as the Bisimoto E935 is certainly a new take on the European sports car. We’re sure that this is bound to be a build that’s rather polarizing. However, creative works like this are what building a car is all about.

By following along with the video below, we get to go for a ride with this crazy concoction of factors. If we were gamblers, we would probably bet that this video is almost a crystal ball into the future. We’re sure that combustion-powered engines will be around for the foreseeable future. However, electricity is bound to play a major role in the competitive driving scene as well.