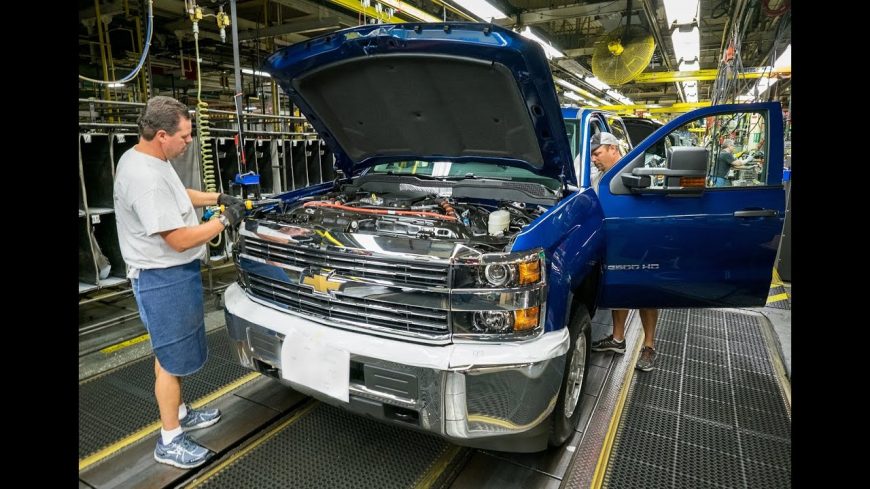 Starting yesterday morning, Detroit-based automaker General Motors began handing out pink slips to as many as 4,000 employees as part of a far-reaching plan to cut operating costs by as much as six billion dollars.

This is the second phase of the planned layoffs after a buyout package was offered to some 18,000 employees, of which 2,300 voluntarily accepted. Contracts were also not renewed for some 1,500 contract employees before the round of layoffs began.

The logic is to reduce overhead to hopefully help the iconic automaker weather a storm that many seem certain is looming the horizon. With other automakers seeing considerable downturns in sales, experts may in fact be correct, but whether or not GM’s staff-reduction will be enough to help the company push through lean times, should the predicted downturn comes to pass.

The plan also involves the indefinite shuttering of five manufacturing plants, including the Warren Transmission Operations and Lordstown Assembly plants in Michigan, Baltimore Operations in Maryland, and the Detroit-Hamtramck Assembly in Detroit. Directly affected by these closures are the Cruze and Volt, but with a renewed focus on lower emissions and autonomy, it seems logical there will be some new advanced low-emission vehicle offerings coming from GM soon.

I don’t typically interject my personal opinion or predictions into articles like this, but I can’t help but wonder if this is the best plan of action for GM. With other automakers ceasing production of passenger cars, particularly family sedans, and ramping up production of trucks and SUV’s, this seems almost obviously counter-intuitive. General Motors clearly has a better understanding of the current climate than I do, but perhaps they’re missing the forest for the trees. Time will tell, I suppose. We do send our best wishes to those employees left without jobs by these moves. We understand this has to happen for the betterment of the company as a whole, but there are now thousands of households missing some, if not all, of their income.

« Colorado Officer Gives Hilarious Demonstration On When To Use Left Lane