The 426 Hellephant Engine Finally Made a Pass, How Good Is It? 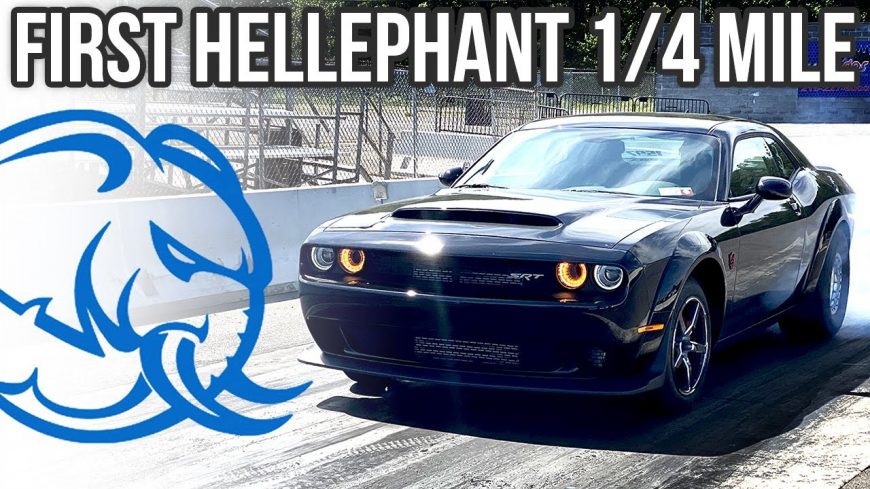 When the Hellephant engine combination originally dropped from Mopar, we couldn’t help but be excited. As drag racing fans, seeing a major automaker come out and support this need for speed was pretty neat. Normally, we have to take to the aftermarket to take care of that sort of craving.

With the Hellephant, we would find a combination that was incredibly potent with factory reliability. It also managed to come in at a price point that wouldn’t exactly break the bank for what you’re getting.

This excerpt from our article about the Hellephant hitting the dyno sums up the combo pretty well:

“As the brand has been on fire, offering some of the most potent production cars ever and even a drag racing oriented production machine in the Dodge Demon, it was only natural that a big-power crate engine would come next. Oh yeah, the kicker on the whole thing was that it would come in with a price of $29,995. This includes the water pump, flywheel, oil pan for the front sump, supercharger and throttle body, coil packs, and fuel injector.

An extra $2,265 buys an engine kit, which Mopar claims “makes for a relatively simple plug-and-play by experienced installers.”

There aren’t too many other places where you’re going to find a 1000 hp engine with factory reliability. Throw in the fact that it’s under 30 grand and it’s not hard to see why they sold out in 48 hours.”

This time, the dyno is firmly planted in the rearview mirror. It’s time to move on and get some real-world data. Sure, we were excited to see what the car would make power-wise. However, dyno numbers aren’t very valuable without being backed up by results.

Thanks to the Demonology YouTube channel, we’re able to head to Atco Dragway to see the action for ourselves. Hemituner Performance would send the car deep into the 9-second range on the initial outing. We would stay tuned to Demonology if we were you, though. We wouldn’t be shocked to see this thing break into the 8s with a little tinkering!