For somebody who is just getting into cars, horsepower might be the ball that they ...

For somebody who is just getting into cars, horsepower might be the ball that they have their eye on. Even if you knocked it out of the park, though, horsepower isn’t the entire equation. Don’t get us wrong, lots of power isn’t going to hurt that equation. However, if that power comes at the cost of other factors like weight, gearing, and aerodynamics, it might not get the job done.

At the end of the day, everybody’s equation is different.

If somebody has the one and only goal of going fast in a drag race, we doubt that they would buy a sedan. However, it’s rather interesting to see just how close a race would be between a 707 HP supercharged Hellcat and a 495 HP naturally aspirated Corvette. The results might just be a little bit surprising.

This time, the folks over at Hennessey Performance took it upon themselves to host the comparison. As far as we can tell, both of these vehicles are stock.

When they line up with one another, it certainly creates a situation that can make the hair on the back of one’s neck stand up.

The first race that we run into here is a traditional drag race. With both vehicles starting from a stop, there are a lot of factors that come into play. This is a situation where it is more important to have one’s ducks in a row across the board. Things like weight really factor into getting off of the line efficiently. The first 60 feet is where races can be won or lost.

Let’s just say that after this race, the Hellcat would need a roll race for redemption. Traditionally, a roll race can more or less come down to whichever car has a better power to weight ratio. There are definitely other factors that come into play but this number should give us a good idea of what will happen.

Believe it or not, these cars are about on par with each other in the power to weight category. The Corvette is making about .14 horsepower per pound while the Hellcat creates right around .15 horsepower per pound. That’s pretty crazy considering a near 1,000 lb weight difference.

How will this translate to a race? Check out the feature below to find out just that.

C8 Corvette Gets Trick Set of ADV.1 Wheels - And it Could be Yours! 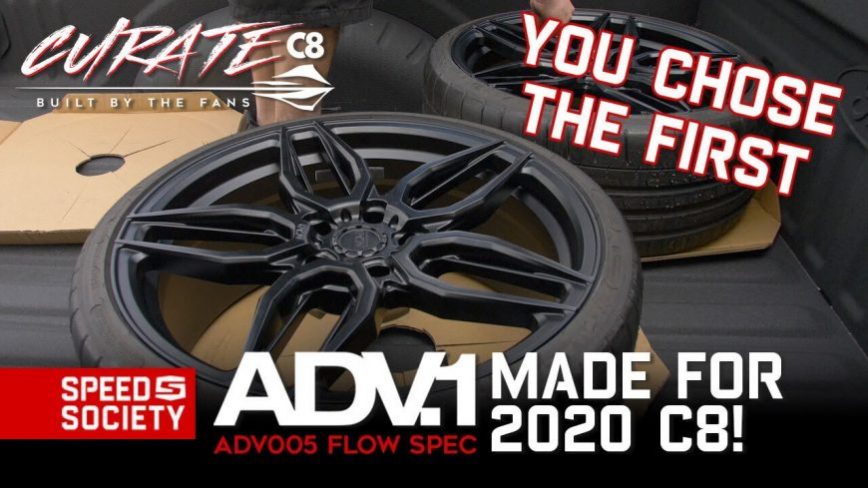