Recapping All the Destruction Done to Whistlin Diesel’s SEMA Truck

by Jesse Kleib | May 7, 2020
dieselfordsaleSellingtrucks

Recapping All the Destruction Done to Whistlin Diesel’s SEMA Truck

Sometimes, we just can’t help but be fascinated by a little bit of crash and ...

Sometimes, we just can’t help but be fascinated by a little bit of crash and burn. At the end of the day, we know pretty much what’s going to happen. However, these situations provide a scene that we simply can’t take our eyes off of, no matter how bad it gets.

This seems to be the exact business model that the Whistlin Diesel YouTube channel subscribes to. It appears as if the creator behind the channel discovered that people get rather riled up when he destroys expensive machines.

The phenomenon that started out with an affordable dream truck in an older Duramax powered Chevrolet Silverado has since evolved. The latest in the line of destruction is a late-model Ford F-350. This isn’t just any old Power Stroke, though. Instead, upon acquiring the truck, WD told fans that it was a SEMA truck that cost him over $100,000.

Since he came into possession of the truck, the destruction has surely escalated. Right from the beginning, the ideas would get crazier and crazier, pushing the truck through more challenging situations that were sure to test it. In the scheme of things, even though the pickup was destroyed, many of these tests would stand to show the longevity of some of its parts. Surely, taking on a challenge like filling the bed with raw concrete is going to break something. Seeing just how far things could be pushed was definitely an interesting experiment, though.

By following along with the video below, we get to join in on what appears to be a recap of everything that the truck has gone through. The video is clearly filmed as a skit to remember all of the hard days that the pickup has plowed on past. However, on a serious note, it does appear as if maybe this means that we can expect something new to hit the pages of the Whistlin Diesel YouTube channel at some point soon. 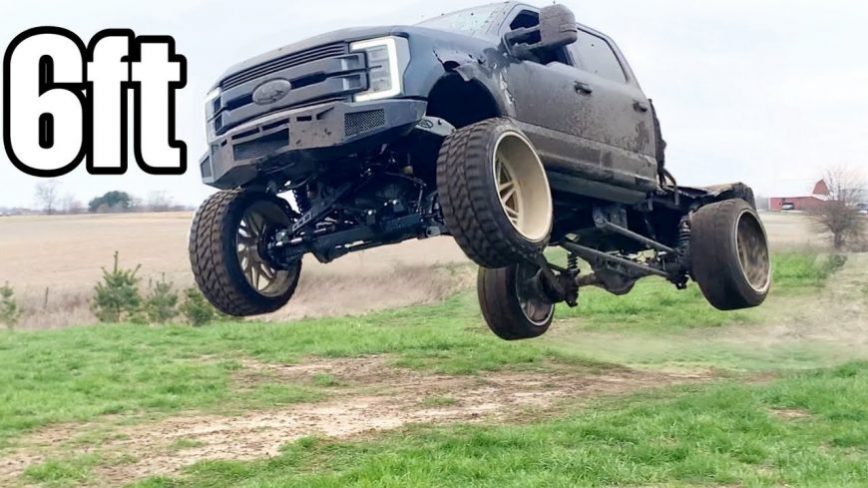