4×4 Turbo Silverado Extended Cab is a Straight up SLEEPER!

4×4 Turbo Silverado Extended Cab is a Straight up SLEEPER!

The term “sleeper” has been thrown around quite a bit in the racing ...

The term “sleeper” has been thrown around quite a bit in the racing community. For those who aren’t in the know, essentially, what this term is supposed to describe is a vehicle that doesn’t look fast. However, when the driver pounds open the throttle, it ends up being quite the shocker.

The concept is rather appealing when we think about it. That shock factor ends up throwing us through quite the loop and making us wonder exactly what it is that’s powering such a machine. There’s just something about the average looking vehicle being incredibly fast that makes our hair stand on edge. It kind of puts us in the zone as to never doubt that anything could go fast on any given pass.

This time, we follow a machine that would certainly fall in that category. On the surface, we’re looking at none other than a GMC Sierra. The truck is an extended cab and looks almost like every other silver Sierra. However, when it really gets into action, we find that the truck is anything but. We have to admit that we were incredibly excited to be able to catch this action.

Outside of the drag radials on all four corners, the truck really doesn’t look suspicious at all. Sure, it might have a few cosmetic enhancements to clean up the appearance. However, other than that it’s all smooth sailing. When the truck does hit the drag strip, though, it ends up cruising all the way to a 10-seconds-flat pass. The owner says the truck has actually managed to crack into the 9s before!

When combining the fact that the truck also sees the snow a fair amount and acts as a daily driver, it’s hard to not be impressed. The BigKleib34 video below from Street Car Takeover in Maryland should fill in the rest of the blanks. Long story short, this unsuspecting ride is rolling! 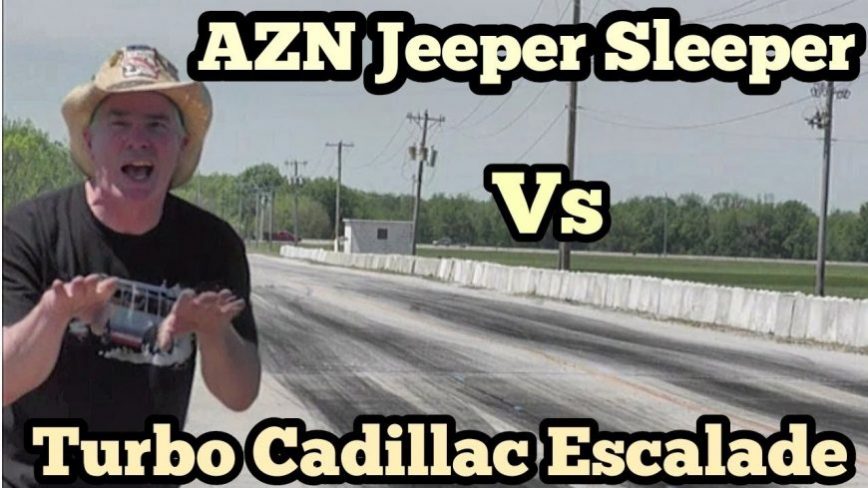