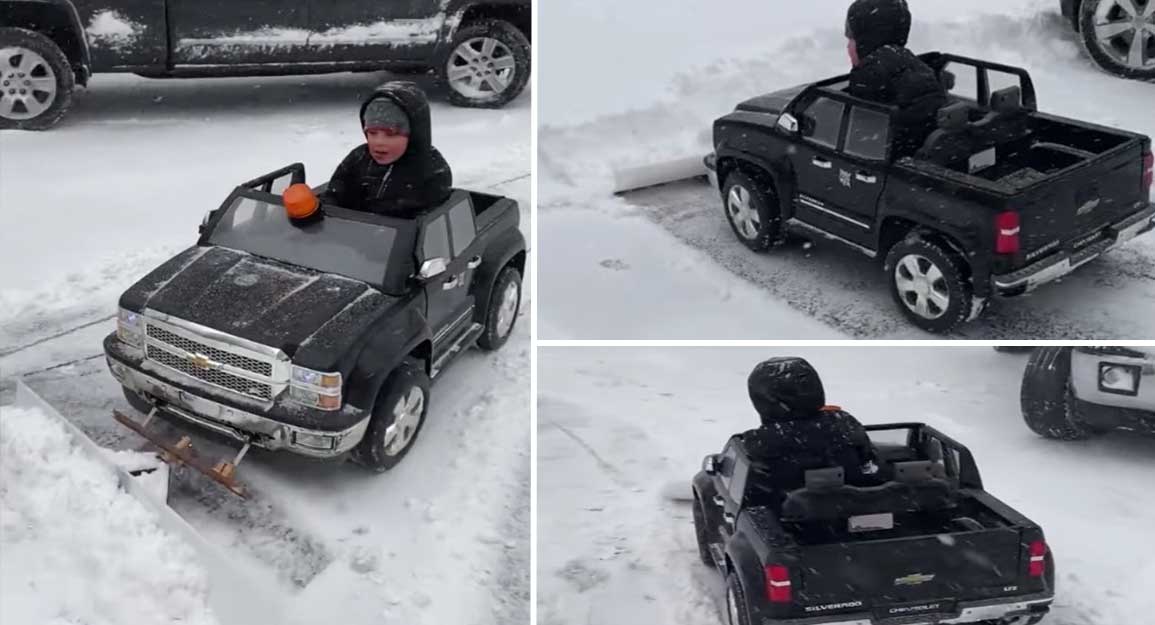 When the snow starts to fall, it has a quality that makes us all feel young again. Either that or we are dreading the commute to work in the substance that can get slick and a little bit dangerous. Apparently, for five-year-old Parker, it has him feeling like a little bit of both. This young man wasn’t ready to take the job sitting down, either.

Instead, Parker got to work! From the looks of things, the young man is wheeling around in a modified Power Wheels. The tiny little Chevrolet Silverado has been hooked up with its very own snowplow. Presumably, somebody gave Parker an assist with modifying his truck to fit the tool. In other words, Parker is able to get work, clearing streets and driveways with this toy. We would say that he probably has a little bit of an edge on all of the other kids in the neighborhood who are likely working with nothing more than a shovel.

Toys have certainly come a long way over the years and with that, we think that this mini machine is just too cool to be true. It’s definitely something that the older folks among us probably wish that we had when we were a little bit younger as well.

We aren’t sure how many driveways young Parker cleared with his Power Wheels. However, we would wager to think that he had quite a good time doing it. As a fully grown adult, I know that I certainly would have if I were his age or if I were small enough to fit in that mean machine! I’m sure that mom and dad aren’t too upset with the extra help shoveling the driveway, either! A little rest for the otherwise backbreaking task of clearing a driveway never hurt anyone!