5 Year Old Gets Pulled Over In Utah “Driving To California To Buy Lamborghini” Then Lamborghini Owner Takes Him For Ride. 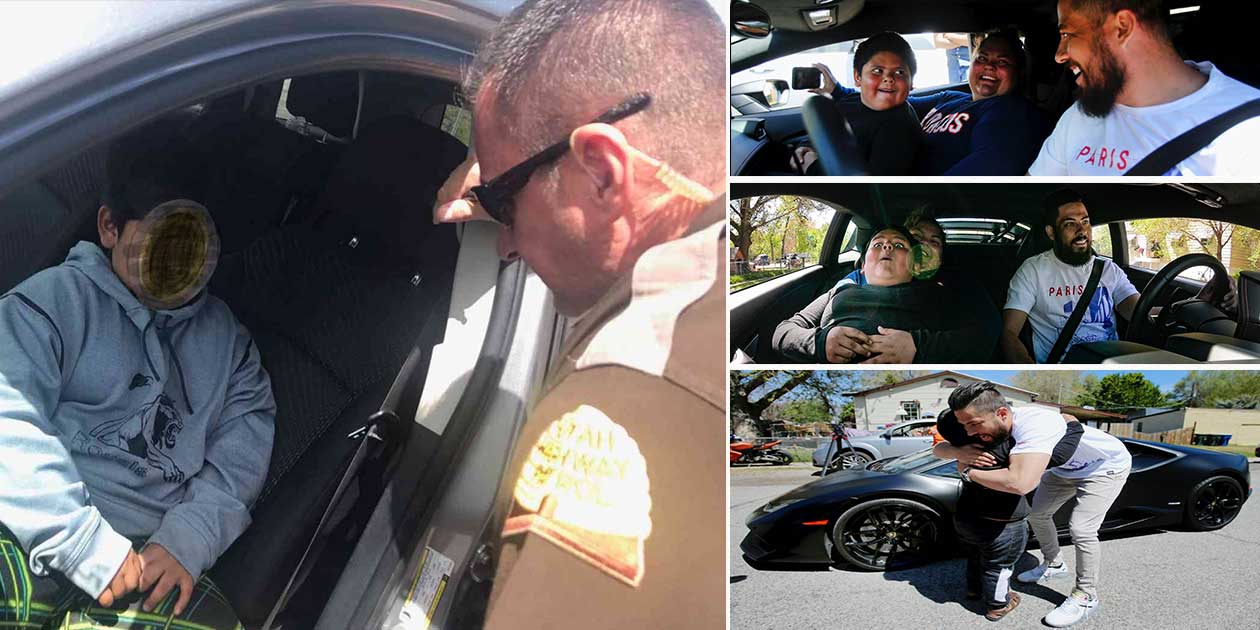 As a police officer, upon seeing motorists swerving about, they’re likely to assume something is up. Most of the time, erratic driving is going to be due to somebody being under the influence of some sort of drugs or alcohol. This time, however, while that looked to be the case, it was anything but.

This certainly isn’t the first time that we’ve heard of someone not old enough to drive taking off with an adult’s car. However, it seems to be just as shocking with every time that we hear news like this. This time, in fact, it’s one of the youngest drivers that we have come across.

The five-year-old behind the wheel was said to have been under the supervision of a sibling. Apparently, the sibling took their eyes off of the youngster for just a couple of moments while the child snuck out. Furthermore, it looks like the young man actually did a pretty decent job driving as he made it all the way to the highway. Luckily, though, a police officer was able to spot the driver and get the child to safety before something bad happened.

So what was the motivation for the young driver to sneak out? Apparently, he was on the way to his sister’s house. The plan was to get there and buy a Lamborghini. Unfortunately, it doesn’t look like a Lamborghini is in the cards this time. Maybe in a couple of years, though, this five-year-old will end up working hard and getting that dream car.

“We went through a lot, these past few days. Yesterday was, we didn’t believe it. Today, it was even harder,” she said. “We learned a big lesson. It opened our eyes and I hope that it truly opens others’ eyes.”

However, when Lamborghini owner Jeremy Neves reached out to the family on Tuesday, they said they couldn’t pass up the chance to let him live out his dream.

“Did you come to the drivers’ seat because you think you’re driving?” Neves asked Adrian as he approached the supercar.

After driving his family car down I-15, with the intent to drive to California and buy a Lamborghini, 5 year-old Adrian Zamarripa got a hefty scolding. He also got the ride of his life, the day after. @KSL5TV was there. See his reaction, 5&6pm. pic.twitter.com/grT0ByKMzy

« Dale Earnhardt Gives us the Tour of His Personal 57 Chevy