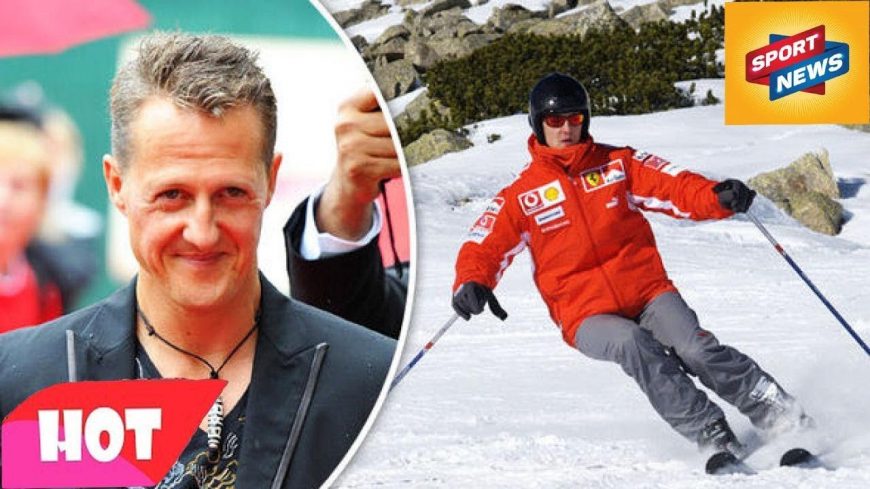 As the fifth anniversary of his near-fatal skiing accident, renowned Formula 1 driver Michael Schumacher’s condition remains a tightly guarded secret. After news broke of the incident, which occurred in Maribel, France, almost nothing about Schumacher’s condition has been revealed. In fact, it’s hard to even pinpoint the F1 ace’s actual location thanks to his wife Corinna’s stringent privacy demands.

According to what has been gathered, in excruciatingly small bits over the half-decade since his accident, which left him with a traumatic brain injury, it is believed that Schumacher is living in £50 million mansion on the banks of Lake Geneva in Switzerland, where round-the-clock care reportedly costs the family some £50,000 per week.

Michael’s father, Rolf, who visits regularly has confirmed the racing legend is currently living in the home and hasn’t been moved to the family’s new holiday home in Majorca, nor has Michael been brought to America to undergo treatment from brain trauma specialists. With such strict privacy surrounding the situation, rumors tend to fly about, unchecked by factual updates from the family.

It was revealed through an interview with archbishop Dr. Georg Ganswein, Prefect of the Pontifical Household of Pope Francis that “…a therapist brought Michael Schumacher into the living room. I introduced myself and told him that I’m a secret fan, that I often watched his races, and that I was fascinated by how someone can steer such a machine through any weather at such high speed.”

Ganswein’s words would certainly indicate that the champ is no longer bedridden, although he offers little in the way of elaborating on Schumacher’s response, or if there even was one.

While F1 has moved on from Schumacher’s reign, the seven time world champion’s fans remain steadfast in their support, despite being shut out by the family. From what I have read, the demand for privacy comes almost out of vanity, although it’s hard to determine if it’s Corinna or Michael who would be ashamed for Schumacher to be seen in his current condition.

According to the UK’s Daily Mail, “…pre-accident Schumacher possessed a sense of his own sporting prowess, of his athleticism, which he worked more professionally in the gym to cultivate than any racer before. He was a proud man, and nobody close to him now wishes his self-image, and that shared by his devoted fans, to be shattered by unpalatable updates.”

Reading between the lines of that carefully-sculpted statement, it’s pretty clear that the family wants the world to remember Michael as he was before the incident instead of the man he is now. While I can’t imagine being so prideful that I shut myself or my family away from adoring fans, that seems to be exactly what’s going on here.