500lbs of Catfish in a Crashed SUV Pulled out of a River… Infestation? 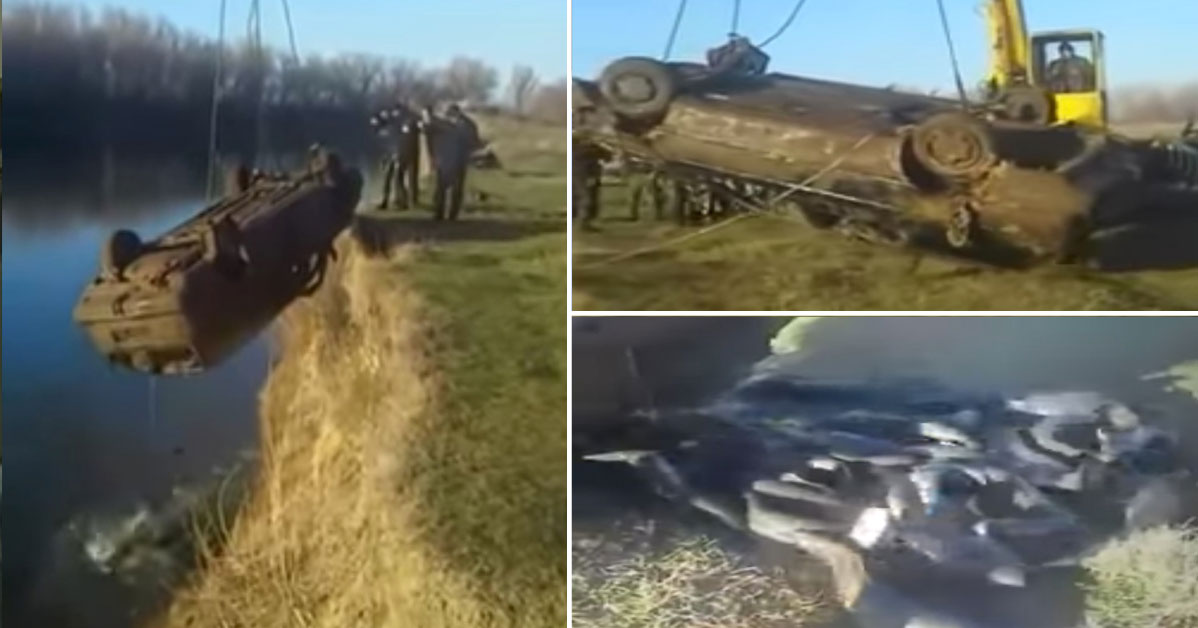 Catfish is a delicacy where I’m from, so this looks like the makings of a weekend-long fish fry for the whole neighborhood.

This crane is plucking a crashed car from its watery grave when the waterlogged auto spills its catch: several hundred pounds of catfish! The bottom dwelling fish had apparently taken a real liking to the car’s interior since it seems like an endless supply of cats come tumbling out as the car is returned to land. The fish, which will use any kind of structure – from trees to tires to, well… cars – for cover and spawning, likely had taken a real liking to the close quarters inside the car’s interior, judging by the number of them that come pouring out of the rear window.

There is no context for how the car ended up in the river or why it’s being removed, so you’ll just have to use your imagination to come up with an explanation for that. I do know I’m having a sudden craving for some fried catfish and hush puppies for dinner after seeing this video!