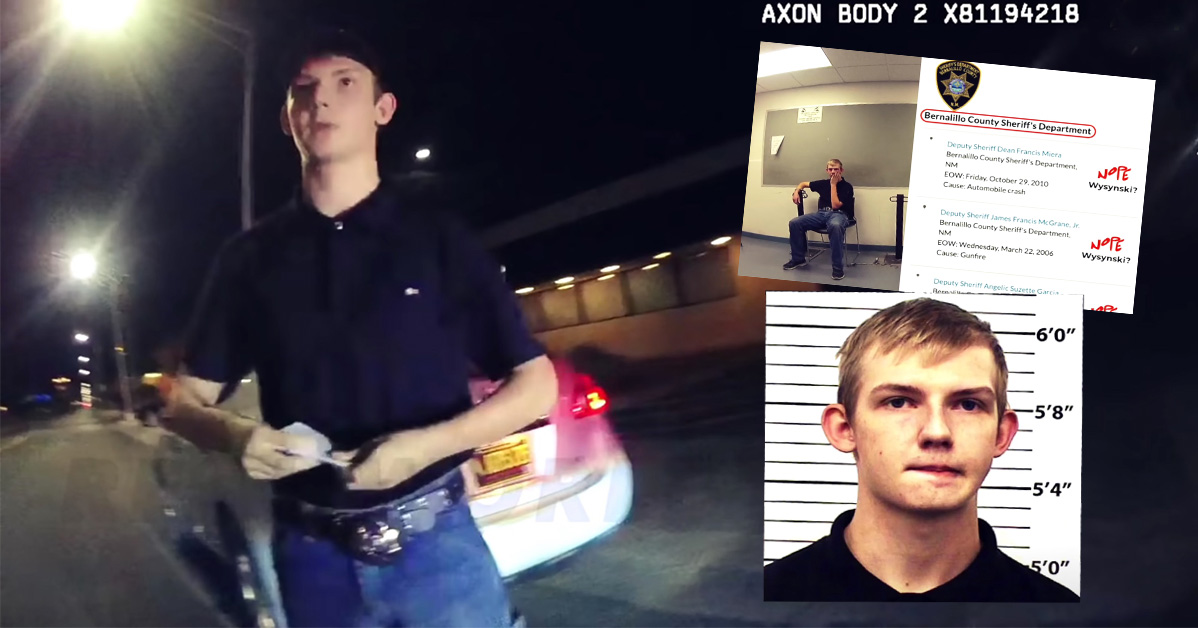 If there’s one thing that a person being pulled over during a traffic stop definitely does not want to happen, it’s having that stop being conducted by somebody who’s not even a police officer. As absurd as this idea sounds, there are people out there who pose as police officers for one reason or another and even conduct their own traffic stops.

Sometimes, these individuals will have an operation that is as simple as lights on their own personal vehicle. Other times, though, they take it to an even more intense extreme, bringing in uniforms and even badges that they have acquired through various means.

This time, we tune in with a situation that’s pretty scary but ultimately ends up being stopped in its tracks.

When 18-year-old, Brenden Wysynski was out on patrol, sheriffs from the Bernalillo County Sheriff’s Office spotted him conducting a traffic stop. After a bit of investigation, it would be discovered that the man who was sporting red and blue lights, a sheriff’s badge, handcuffs, and even a handgun wasn’t even a police officer.

However, that wouldn’t stop the 18-year-old security guard from patrolling the highway, pulling over a motorist that he says he caught doing 120 mph.
The footage is rather terrifying as our minds try to wrap around the idea that a civilian was pretending to be a police officer for who knows what reason. Not only does this put civilians in obvious danger but the imposter police officer is also in some pretty big danger himself. Who knows when somebody is going to pull out a weapon? Without proper training, this situation could very easily slide off of the tracks.

Down in the video below, we catch up with the rather interesting encounter between the police and the police impersonator. The 18-year-old seems to have been telling lie after lie and eventually, it all came crashing down.

« Turning A Chunk Of Metal Into A Wagler Competition Products DX500 Billet Block!