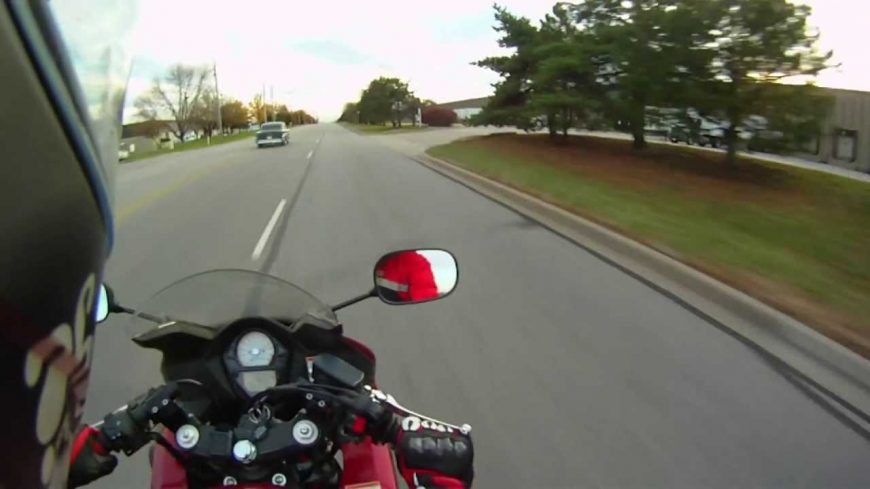 Anything on two wheels is synonymous with having a distinct weight advantage, which more times than not generally means that motorcycles will whip up on most cars on the road.

This time, that couldn’t be further from the truth. When this rider finds himself a ’57 Chevrolet Bel Air to play with, it seems like the boat would be pretty slow due to how heavy it is, but what happened will leave you in awe.

Check out the video below as the biker follows the heavy Chevy out of the parking lot to do a little playing and shortly after discovers that he’s gotten more than he’s bargained for as the lead sled pulls away so far that the camera almost loses sight of it!

« Mini-Tractor Pulls On Asphalt Might Be The Ultimate Redneck Sport