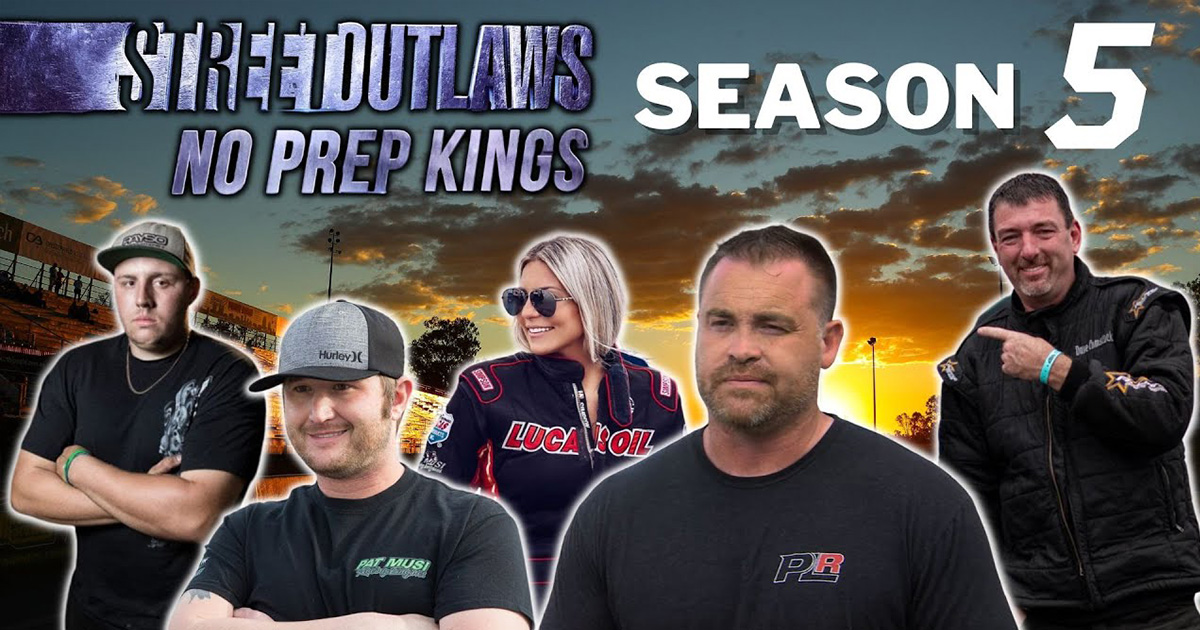 Season 5 of Street Outlaws No Prep Kings and “The Great 8” is set to debut tonight, September 19 at 8 pm ET/PT on the Discovery channel. Season five, which is still being filmed has four events remaining “Sep 23 – Norwalk, OH /Oct 14 – Rockingham, NC / Oct 21 – Steele, AL / Oct 28 – Ennis, TX, will element a variety of new cars and new faces, as the opposition becomes fiercer than at any time in recent history. Tonight’s premiere will feature action from the now-closed Palm Beach International Raceway in Jupiter, Florida, and will then segue on to Virginia, Pennsylvania, New Hampshire, and stops in virtually every corner of the nation before a champion is crowned and awarded nearly $1 million for them and their team’s efforts.
In the new season of “Street Outlaws: No Prep Kings,” Ryan Martin will attempt to make No Preps Kings history with a three-peat win while maneuvering a stacked field and having a newly established “bounty” on his head. For anyone who defeats Martin, this special kicker could potentially line their pockets with up to $10,000—meaning an event winner can walk home with up to $50,000 in purse money in one night!