6 Step Ladder Tricks and Secrets That Most Never Noticed 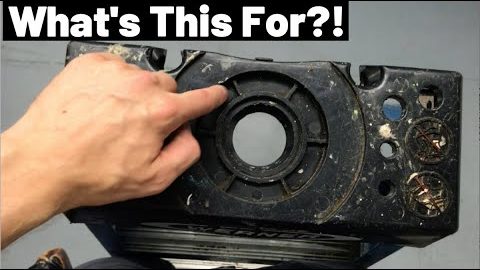 Never in a million years did I think that I would find myself thoroughly enjoying a video about tips and tricks for a step ladder. However, as it turns out, there are certain features of everyday items that we never notice. Even something as simple as a ladder has features built-in that most users probably look right past.

However, as it turns out, most ladders are generally equipped with different functions beyond being able to just climb up them to reach higher areas. Instead, the folks behind these ladders have thought of a lot of different situations that some of their users might run into.

Who knows? In newer ladders, perhaps even more neat little features are packed into the design.

This time, we check in with The Honest Carpenter who took the time to think about something that not too many people have invested a lot of attention to.

However, most of these tips dissect the top of a ladder that has a wide variety of different subtle features that are designed to do everything from hold a paint can to store a little bit of hardware. Nobody likes having to balance on a ladder while worrying about dropping things and it turns out that the folks behind designing these things have thought about just that.

Down in the video below, we get to see some of the neat subtleties of design that have been right under our noses the entire time. Even though we didn’t notice these things before, now that we have, it seems like they are too useful to be able to forget about.

After checking this one out, we got a feeling that a lot of folks will never look at a ladder in the same way again! How many of these different nuances are brand new for you?

« GoPro Captures the Moment That Audi Loses Control at 90 MPH on Wet Highway, EPIC SAVE!