6 Things James May Hates About His Tesla 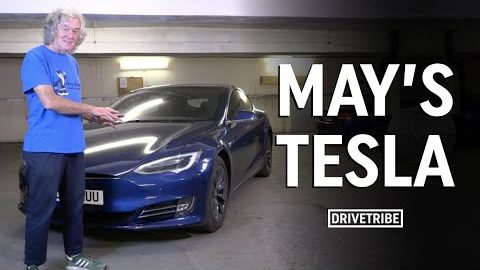 Is it possible to hate a Tesla?

Just like many others, James May seems to have hopped aboard the Tesla hype train. He claims to not be a big Tesla enthusiast. However, May did like the car enough to slap his money down on a Tesla Model S 100D long-range that he is still driving.

When we lump that together with the idea that he has driven a handful of other Tesla Model S examples, we think that this long-time automotive presenter has a very qualified opinion on what’s good and what isn’t when it comes to the model.

This time, May is taking a little bit of time to tell us what he doesn’t like about his Model S. As he confirms, he really does like the car overall. In fact, May claims that there are way more factors that he likes about it than he doesn’t like. However, just like any other car, the Model S still has a couple of things that it could stand to work out.

From the door handles to the car’s tendency to shut itself off while sitting still, it seems like there are a few features that might need a bit of an overhaul or attention.

By following along with the video below from DriveTribe, we get to really take a deep dive into the model. Most of the time that we hear about Tesla, people are singing praises. This time, though, we check in with the opposite side of the coin in which May lays out the things that aren’t so great.

At the end of the day, most of these are minor problems and we think that May would agree with the sentiment. However, we look forward to seeing how Tesla might combat these sorts of complaints in the future. Who knows? They might even have plans on fixing them already knowing Elon Musk’s attention to detail.

« Do Any of the Plastic Trim Restoring Products Actually Work? This Guy Tested Them All