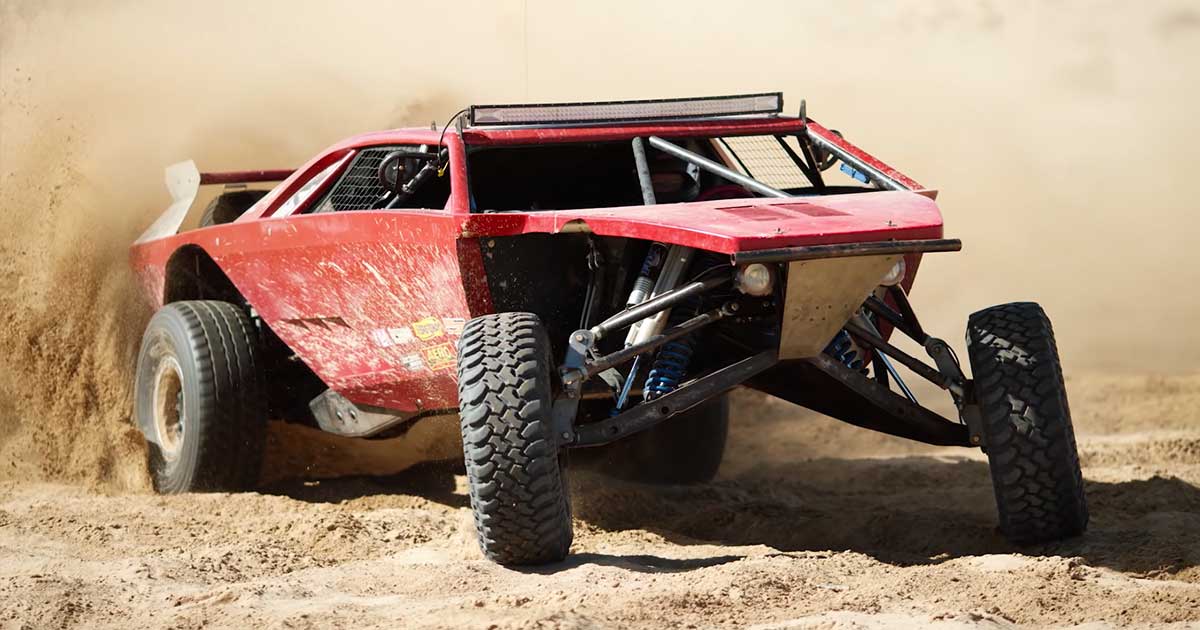 In the day and age of social media, it’s kind of sad to say that we have found the concept of someone doing something for themselves to be pretty rare. In fact, we often find that the majority of folks seem to lose sight of what actually interests them. Instead, many just try to show off for their friends to get some sort of feeling of notoriety. If there’s one thing that we could convey to anyone, it would be to ditch this mentality. Long term, it seems to be the formula for disaster.

Instead, this time, we stumble upon an off-road enthusiast who isn’t looking for the attention. Instead, when he built this machine, it seems like he did everything just for himself. In fact, even when Hoonigan wanted to approach him “Larry Chen” for an interview, he didn’t really seem all that interested in being on camera. Luckily, though, he was more than willing to show off the machine in its natural habitat.

When the off-road vehicle was originally posted honest Instagram, it seemed like people struggled to make heads or tails of it. Long story short, it appears to be a fully custom built rig. However, this didn’t stop viewers from comparing it to the likes of an old school Lamborghini. If we squint our eyes, we can definitely see why people would make this comparison.

Powering the lightweight rig is a 600 hp LS2. We imagine that this thing boasts a pretty nasty power to weight ratio which allows it to rip through the desert. Combine that with 26 inches of wheel travel the front end 32 in the rear and you have yourself quite the sand pounding pre-runner. When we follow along with the video below, we get to see this machine in action. It’s certainly not going to be a combo that you’re going to want to miss, either.

« This Is Why Boyd Coddington Disliked Chip Foose