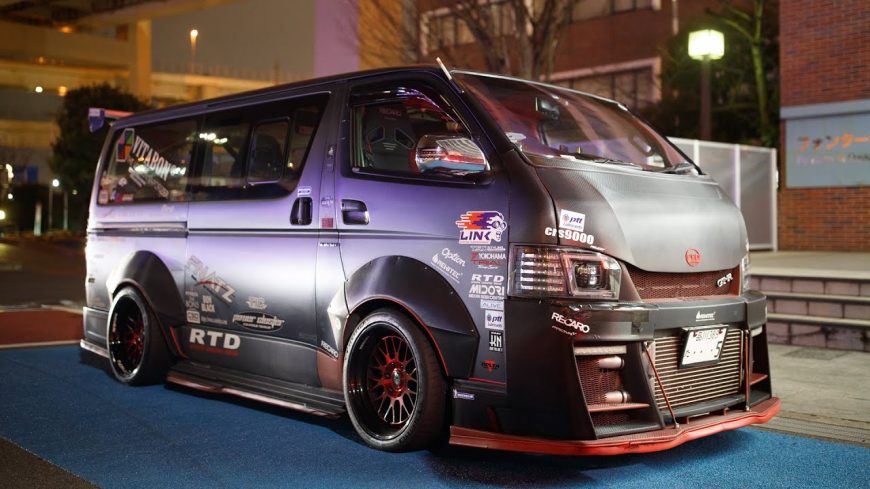 In the wild world of engine swaps, we can tend to see some crazy combinations come together. There are a couple of common setups that find their way around the community. One that most certainly isn’t common is that of the R35 GT-R swap. The VR38DETT found in these cars is still rather expensive as are the cars themselves. It might’ve come out in 2007 but we still don’t see too many swapped into other applications.

This time, we take a chance to check out such a swap but it isn’t anything that aligns with what we would expect. Perhaps swapping the engine into something like an older Skyline or custom hot rod would make the most sense, traditionally. Instead, though, this creator wanted to do something that would help them to stand out from the pack just a little bit. Instead of going down the beaten path, their platform for the swap would be anything but traditional.

In this one, we find that the likes of Nissan GT-R power has made its way into the Hiace van. At first, we could’ve sworn that we were being punked. It really felt like a situation where a sound clip was dubbed over a video in order to trick the viewer. Lo and behold, though, it was actually an R35 swapped powerhouse.

By following along with the videos below, we get to get up close and personal with the obscure creation. On the list of candidates lining up for GT-R power, we would think that a Toyota van would probably be pretty low. Perhaps that’s what makes this one all that much better, though.

After getting up close and personal with the swap thanks to Hoonigan Autofocus, be sure to tell us what you think of the combo. It’s certainly one that’s going to end up turning its fair share of heads.