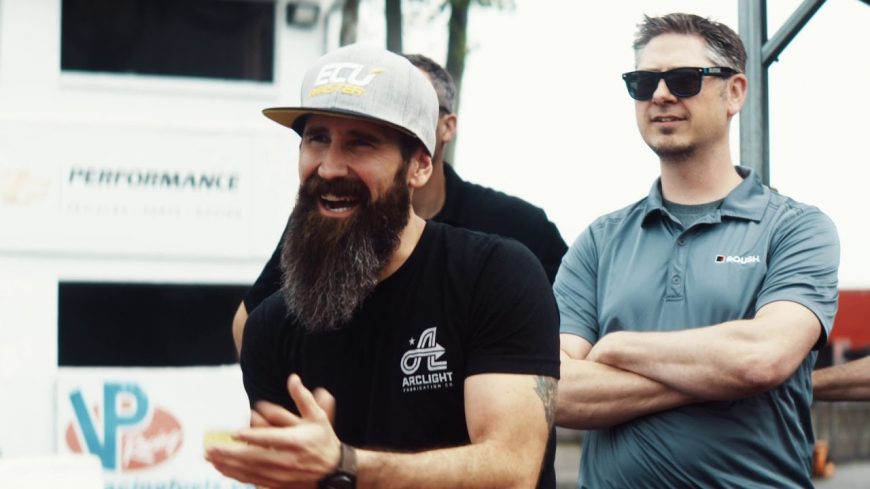 If there’s one section of the performance community that we feel doesn’t get enough love, its performance trucks. However, it seems like this realm might be due for a little bit of a comeback. We have machines like the Ford F-150 Raptor running strong and the Ram Rebel TRX getting ready to hit the streets. Sure, the segment will never be as popular as sports cars. However, it’s nice to see that it has a presence at all these days.

One of the additions to this segment is produced by Roush. With the “Roush Nitemare,” we see what’s claimed to be the fastest production truck on the market. The claim is backed up by a 3.9-second 0-60 time. This time swings in the ballpark of both the modern-day Mustang GT and Camaro SS. Sure, those might not be the fastest trim levels of those cars. However, it’s important to remember that we’re comparing them to a full-blown crew cab pickup!

Under the hood of the Roush Nitemare, we find a supercharged 5.0L that’s capable of cranking out 650hp. The combination is relatively simple. Roush also accepts ownership of the warranty. In other words, what do you have to lose?

Now, if you’re anything like us, you’re probably curious about how something like this is a “production truck.”

It didn’t roll off of the Ford assembly line as it sits. Isn’t it technically just modified by a third party company? It turns out that we weren’t the only ones questioning this. Someone asked over at the official Roush YouTube channel, to which the brand responded with the following:

“Once ROUSH takes in the vehicle from Ford, we assume ownership of the warranty and all testing that must be done before a vehicle can be sold. That makes ROUSH the MOR (manufacturer on record), Therefore it is a production truck.”

Want to see more of this wild pickup that has some get up? Check it out in the video below!

« 500HP Jet Boat vs Beach Full of People! They Got Nailed!