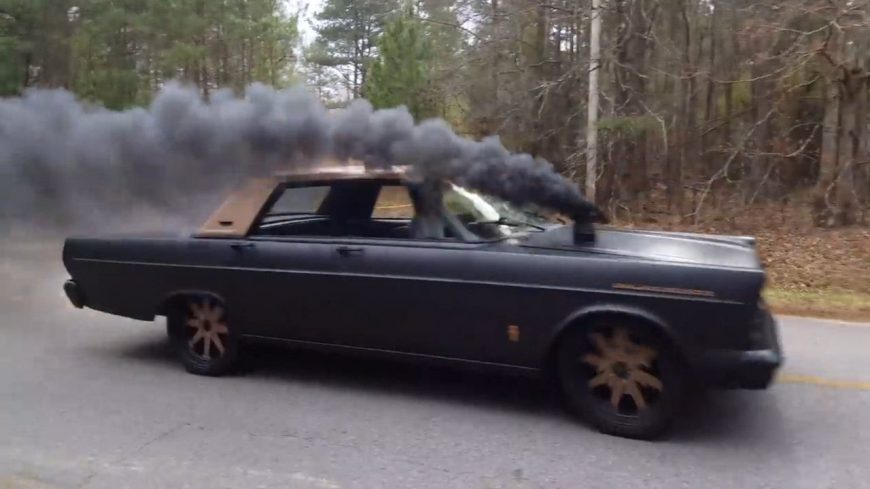 Engine swaps are as common in the automotive world as wheel swaps. Dropping in a completely different powerplant is nothing new, but lately some enthusiasts have taken the engine swap to a whole new level by dropping in loud, insane diesel engines. Check out these crazy diesel swaps!

First up, a Ford Galaxie with a 5.9 Cummins engine rolling coal on a tree-lined backroad sets the tone. Then there’s a super clean Chevy C10 that’s had a late model Duramax dropped under the hood. A low slung Cadillac shreds the rear tires in a huge burnout for a roadside crowd, but all we know about the engine is that it’s a diesel of some kind. Not all diesels come from pickup trucks, as the Pontiac Fiero up next has a VW TDI engine mounted out back. Following the Cadillac’s lead and laying down a huge smoky burnout, a diesel-powered Impala takes to the drag strip and actually lays the wood to a Lambo in the quarter mile!

Sticking with on-track action, the triple-turbo Cummins powered CumStang rolls a huge cloud of black smoke before ripping down the track. A clean first gen Camaro also takes to the track and lays down a solid run while puffing a trail of smoke down the track. And finally, what is likely the craziest swap of all time, a massive Sherman tank engine nestled… or more appropriately crammed into the framerails of another Mustang! These are definitely some insane swaps, with tons of torque and black smoke to go around!