8-Year-Old Completely Slays it in the Dirt at SuperCross 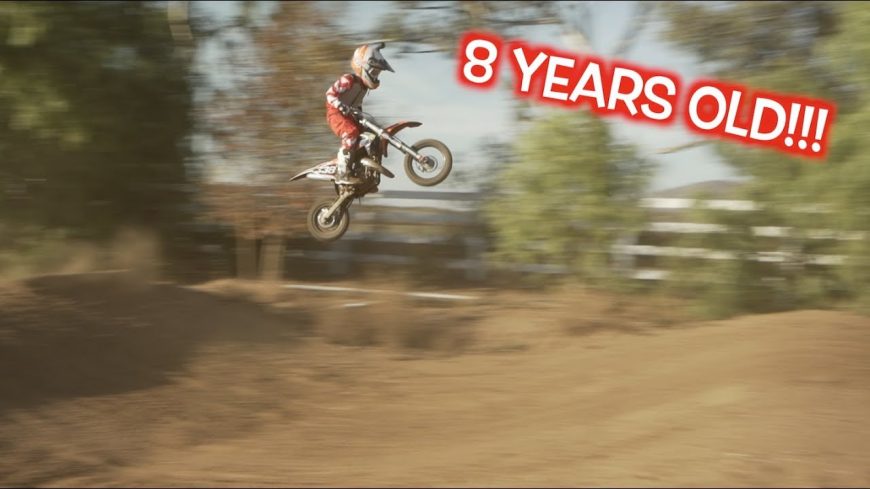 If you really want to take a shot at being good at something, no matter if it’s playing a video game or attempting to paint the next Mona Lisa, you definitely have to invest the time and the effort in order to get good at your craft. Many times, for someone who eventually becomes one of the greats in their field of practice, it can end up starting when they’re quite young. After all, what better way to become good at your passion than by practicing it for as many years as you possibly can? It might not be something that you pick up right away but after a while, even if you aren’t born the most naturally talented person in the world, your practice will begin to make the task at hand a little bit more familiar to you as you go for gold!

In this case, however, the contrary might just be true as it does look like we managed to come across a youngster who looks to be quite a bit of a natural when he gets behind the handlebars of a dirtbike. As it turns out, Huckson Deegan is only eight-years-old but once you get a glimpse of him ripping it up out there in the dirt, you would think that he’d been at it for decades. Just imagine how good this young man is going to be when he does have years of practice invested in this sport and eventually gets to be a teenager and beyond if he still is riding by then, that is.

If you follow along down in the video below, you’ll watch this talented young man is hard at work as he attempts to take out a couple of jumps, honing his craft a little bit more to try and become even better. When you see confidence like that at such a young age, you really get a strong feeling that this youngster is going to grow up to really become something special.

« Video Shows Why You Want Your Stereo Build in a Quality Machine, Jeep Almost Falls Apart