8,000 hp Funny Car Takes on the Goodwood Festival of Speed 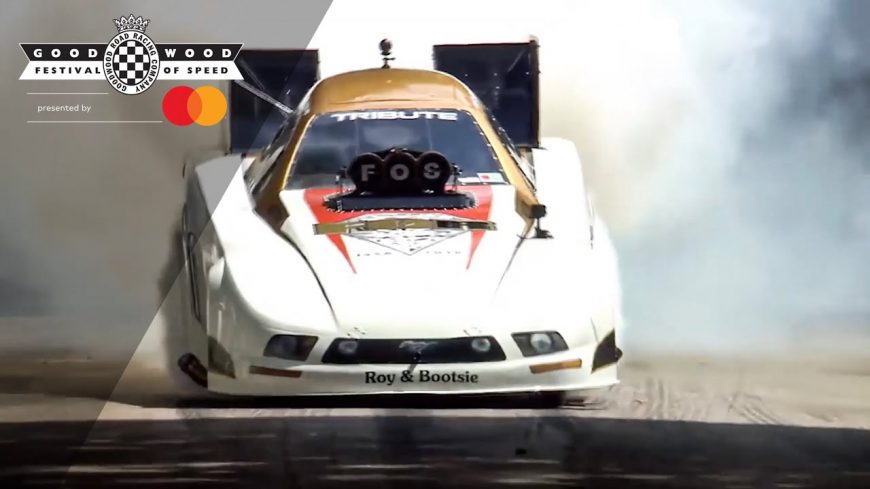 When it comes to the Goodwood Festival of Speed, we see some pretty crazy cars making their rounds. On one end of the spectrum, someone might find something incredibly modified and making a ton of horsepower. On the other end, we find some of the latest new releases rounding the corners at the iconic event. This time, though, we check out something that seems to be a bit unexpected, even for the diverse field that usually graces us from the event.

Naturally, the cars that end up taking the corners at Goodwood are, well, usually pretty good at taking corners. If they aren’t the best in the world, they generally have steering that’s able to send the car around a right-hand turn at 90°. For those who haven’t picked up what we’re talking about at this point, in this instance, we get to watch a drag car take a spin at the festival.

Now, in most instances, with a funny car like this, the machines aren’t going to turn very well. After all, when the only job at hand is to get from point A to B which are separated by a quarter-mile of straight surface, turning isn’t always that necessary. In addition, these machines frequently aren’t fitted with a cooling system, either. At the end of the day, a cooling system only stands to complicate things and add weight to the equation so they choose to not run one in most cases. After all, with the short bursts that they run through, it just isn’t a necessary part of the equation.

However, none of the above would prevent this particular 8000 hp monster from taking on the course. After ripping a couple of eardrum shattering burnouts, the insane ride made its way around the turns, slowly but surely. In any case, the drag racing machine was sure to put on a show for everyone to enjoy.