As soon as Dodge revealed the specs on the insane Challenger SRT Demon, the Mopar ...

As soon as Dodge revealed the specs on the insane Challenger SRT Demon, the Mopar faithful who owned and would come to own either of the Hellcat siblings have wondered what it will take to pump the Hellcat’s 707 horsepower HEMI up enough to match the Demon’s quarter mile performance. As of right now, I can definitively tell you that it’s going to take more than an airbox and drag radials, thanks to the video below from Road Test TV.

A couple of weeks back, there was an event held at Belle Rose, Louisiana’s No Problem Raceway for Demon owners. With the car being such a limited production, however, the invitation was extended to the owners of other Dodge hotrods, such as the aforementioned Hellcats, both the Challenger and Charger varieties. The cars had the track to themselves for the day and, despite the unseasonably warm temps, managed to lay down some impressive numbers.

One race everybody was excited to see was this one, if for no other reason than it providing a baseline for a stock Demon taking on a lightly modded Hellcat, this particular one being a Charger model with an aftermarket airbox with a high flow filter and a sticky set of drag radials. With the traction factor on a much more equal playing field thanks to the drag radials – which the Demon comes equipped with from the factory – and more cool air available for the big supercharger atop the engine, it would be interesting to see how close the Charger came to running with the Demon.

On the track, the numbers are undeniable: Team Hellcat still has a lot of work to do. The Demon ripped of a stout 10.08 elapsed time while the Charger trailed by over a second and 13 MPH, proving the Demon is far superior through the 1320. It looks like a huge factor is in the suspension, which makes sense, as the Demon has a soft setup designed to plant the rear tires and lift the nose to maximize traction, while the Charger is a bit stiffer and tuned for all-purpose use.

Knowing the nature of all gearheads, though, I suspect Team Hellcat will have something in the works for the Demon before long. 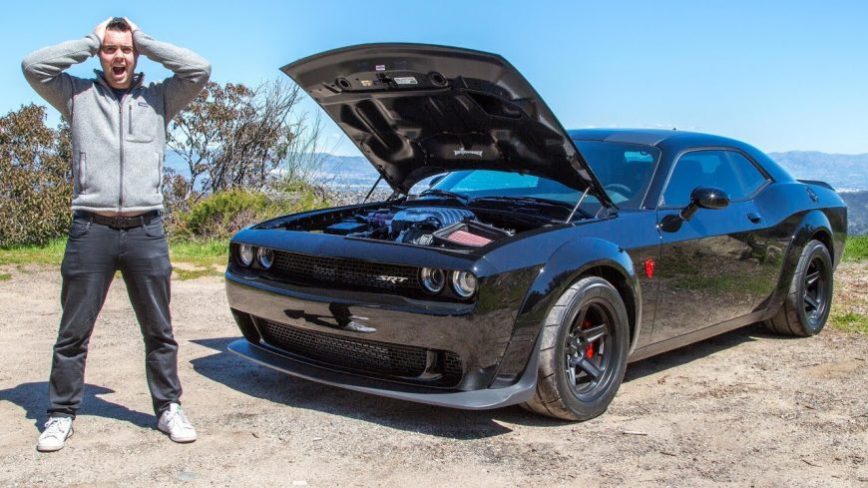