Across the racing community, there are plenty of platforms to choose from in order to ...

Across the racing community, there are plenty of platforms to choose from in order to go fast. When some of these platforms rolled out of the factory, they were designed to be driven with spirit. Some of them eventually get upgraded as they provide a solid base to build upon. Most would’ve probably considered these platforms something that could meet that need for speed.

On the other hand, we find cars that simply have made a complete U-turn. When they were originally released, these machines looked nothing like a racing machine. However, with some choice modification, the machines find a place where they succeed on a race track. Sometimes, these platforms can end up taking the competition off guard as they’re a lot faster than they look.

If it’s a Honda CRX that we are talking about, it most certainly falls into the latter. Off of the assembly line, I’m not sure that much of anybody thought that one of these machines would be used to make an impact on the drag strip. However, if we ask this particular CRX owner, he would divulge that this was exactly his plan.

In the scheme of things, there aren’t too many machines that can hit in the same ballpark as motorcycles like the Kawasaki H2 or Suzuki Hayabusa. However, this carefully crafted Honda certainly manages to give them a run for their money. At the end of the day, the platform has certainly come a long way as it’s something that the owner should be proud of. Spooling to 40 pounds of boost, we get a good feeling that this car would end up handling plenty of respectable competition out there come race day.

The crew ever That Racing Channel took the liberty of catching up with the machine and getting the up close and personal with the owner. He was more than willing to spill all of the details. The long story short, here, though, is that this Honda absolutely rolls.

The Fastest AWD Honda In The World Runs 7's! 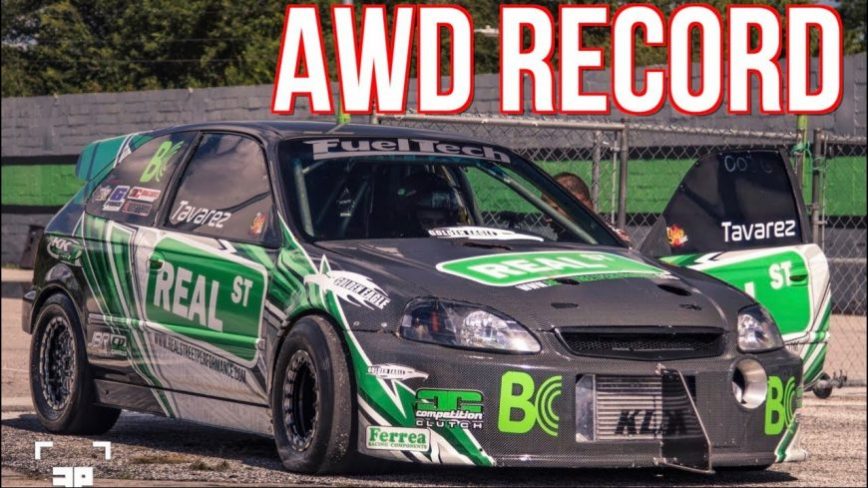