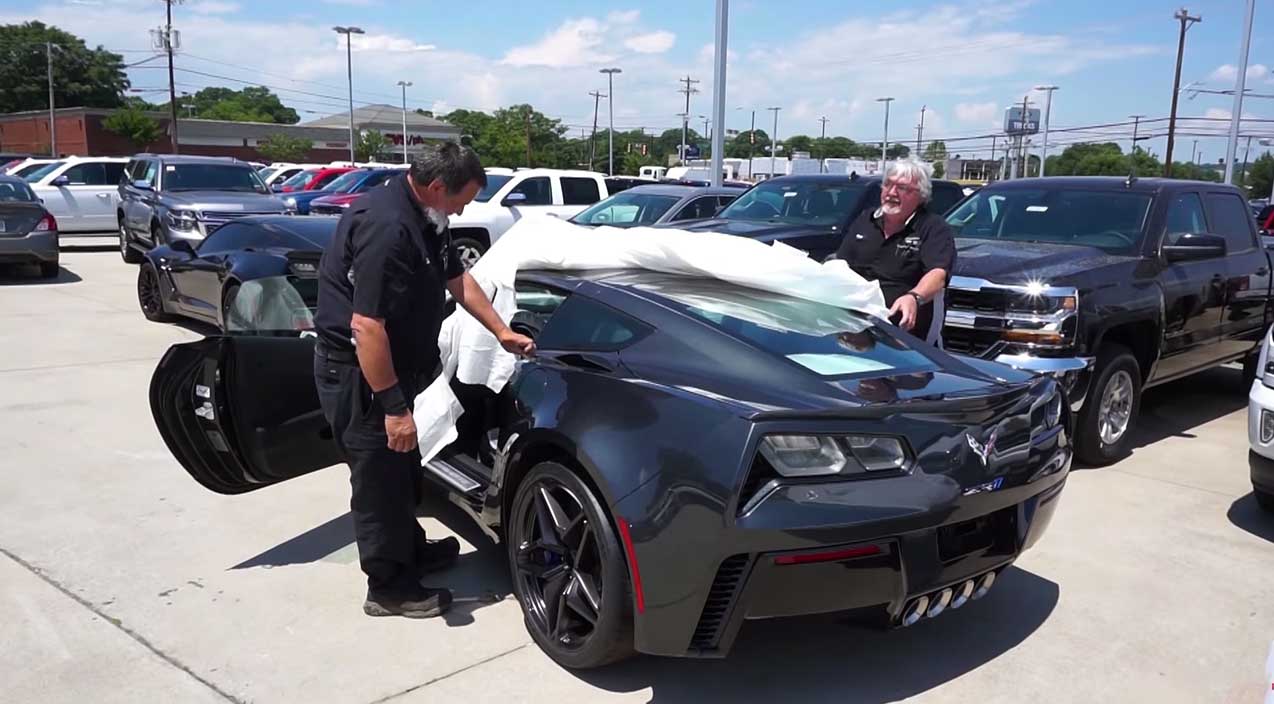 With the ever-evolving car market, it can be tricky to get it just right as a dealer. Not only do dealerships have to try and predict how many units of a particular model they’re going to sell but they also have to fight with the manufacturer to earn allocations when a new model comes out. This can be done by making sure that they have a certain number of the older model. It’s something that definitely gets a bit confusing for someone who isn’t on the front lines of selling cars.

With Chevrolet, it seems as if this collection of factors has created a bit of a backlog of Corvettes, according to Corvette Blogger. The source tells us that via eInventoryNow.com 9000 Corvettes are sitting at dealerships unsold, a number that equates to 232 days worth of inventory. This comes on top of what Corvette Blogger says is a new low in sales for the c7 as it has sold just 800 units in January of 2019. Now, that could be due to the fact that most people aren’t in “Corvette mode” in the middle of the winter but is also a number to be considered, nonetheless.

Naturally, as with any model, the numbers are going to trend downward after the first couple of years that it’s been in rotation, especially with another model slated to come out soon. So why aren’t the C7s being cleared out yet?

“Dealers continue to order new Corvettes for their inventories because they don’t want their allocation numbers to drop. Passing on available allocations now could lead to fewer Corvettes available to them in the future. And for the larger dealers, this is especially important because the C7 Corvette sales that happening right now will contribute to the kind of allocation they can get when the C8 comes available.” –Corvette Blogger

News continues that Chevrolet hasn’t been doing all that much to push the Corvette harder like offering incentives or “special editions.” Usually, a manufacturer will come out with different one-off appearance packages or something of the like to help get every last drop out of the current generation before the next one is released. This leads us to believe that the next generation might be a bit further away than many think.

The mid-engine C8 news certainly isn’t helping move units of the C7 now but a price drop on the C7 when the next generation shows its face is also a potential unit mover. Eventually, it seems as if the industry will correct itself but as of now, the prospect of having to hold on to thousands of unsold cars might be just a little bit scary!