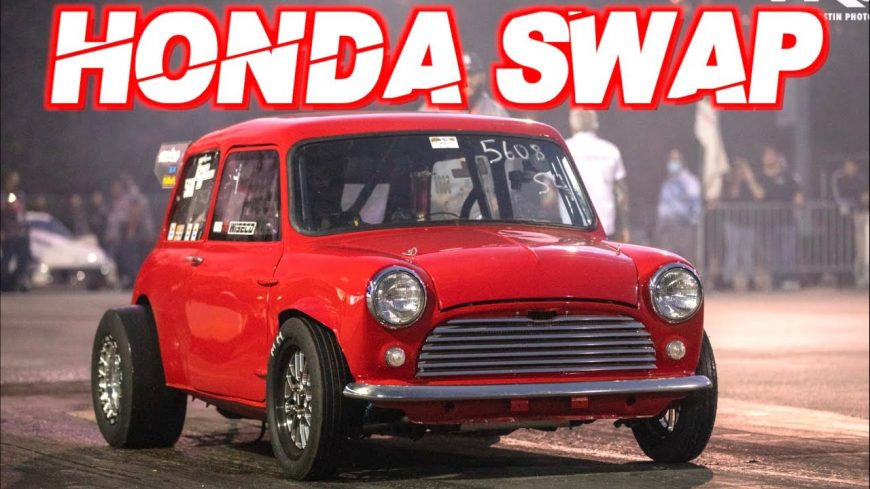 In the racing community, sometimes, many of us don’t see eye to eye.

Racers across the board will have all sorts of different preferences from what sort of power adders to use all the way down to which engine layout is the best. However, I think there is one thing that all performance enthusiasts can really get on the same page with. When somebody adds power and removes weight, it’s the ultimate equation for going fast. It doesn’t matter what someone’s point of view is, this is a formula that’s rather widely accepted.

When it turns out that the ride in question weighs in as a featherweight at 1500 pounds, part of that equation is taken care of. The only thing left to sort out from there is what’s going to be powering this beast. Even something take should be enough to make it really rip its way down the drag strip. Heck, 400 horsepower would probably feel like a ton in something this small.

The word “Tame” didn’t seem to be in the equation this time, though, for the machine that was really turning heads at the Hail Mary Derby at Maryland International Raceway.

This time, That Racing Channel was on the scene to catch up with what is essentially an oversized go-kart going to work. Under the hood of this old-school Mini Cooper, we find a Honda K-series engine that’s capable of 900 hp. That’s enough to really move out a heavy car, let alone something like this that really doesn’t have the weight behind it.

By following along with video below, you’ll be able to get up close and personal with this Mini Cooper gone rogue. Don’t blink because if you do, you might just miss how impressive this machine really is as it gets out of the hole quickly and rockets down the track to some impressive passes.