A Fatal Flaw Allows Escalades to be Stolen in 14 Seconds 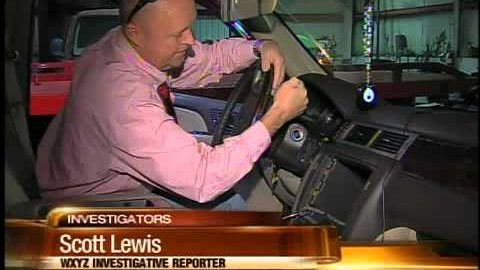 As automobiles make their way through their chain of evolution, getting upgraded every couple of years with new features and gadgets that could make them better to drive or potentially safer in some way, we’re sure that automakers take notes and see exactly what’s working and what isn’t. Every once in a while, the automaker of your choosing will come up with a breakthrough and be able to really change the way that their automobile impacts its potential owner and sometimes, certain breakthroughs might not stick around like one idea implemented into the Cadillac Escalade and similar GM vehicles of a couple of years ago.

Apparently, if you were to pick up a certain year of General Motors SUV, apparently, the design team decided that because the vehicle would be parked when the wheel lock would be in place that it would no longer be necessary. However, when thieves picked up on this information along with the fact that the gear levers in these vehicles wouldn’t stay in park when yanked on hard enough and they would begin to use that to their advantage, stealing particular SUVs with a couple of quick steps and they weren’t even driving them away but rather, using another vehicle to push them all the way to the chop shop where they’d be stripped of their valuable parts before being left behind.

If you follow along down in the news report below, you’ll be able to gather a little bit more information about why the Cadillac Escalade, a couple of years ago, made its way to the way to the top of the list of the most stolen vehicles in America. We would probably recommend that if you have a vehicle similar to the ones depicted in this video that you make sure that the right measures have been taken in order to safely protect the truck that you’ve invested so much money into.