A Group Of Mustangs Involved in Massive Pile Up 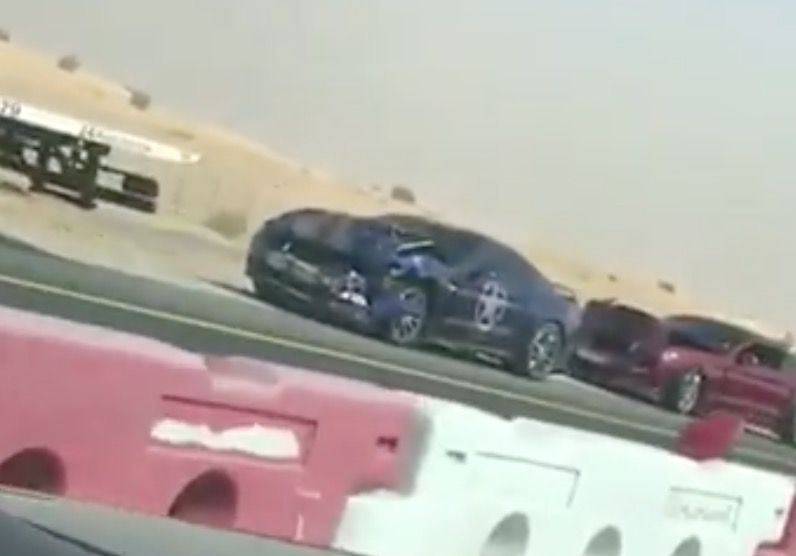 When it comes to certain cars and the groups of drivers behind them, well, it just so happens that it can be really easy for a stereotype to form. Sometimes, these stereotypes couldn’t be any further from the truth but other times, you have to wonder if the majority of people behind a certain model of a car all share something in common or if there’s something about that car that makes the people driving them act out the way they do. One of these common stereotypes is none other than the drivers behind the wheel of a Ford Mustang.

Now, if there was any sort of stereotype before that was revolving around Mustang drivers, we think it’s safe to say that it’s been shed in favor of a new one. Most recently, if you hear something about what stereotype comes with such a car, well, I think it’s safe to say that most agree that the whole crashing into crowds thing has kind of become a big deal. It’s something that was kind of fading off into the distance but as soon as it starts to lose momentum, out comes another Mustang driver who simply can’t help but plow into something that they probably shouldn’t have.

When you check out the video below, you’ll be able to see not one or two Mustangs involved in accident but what we saw to be eight brand-new ponies as a chain reaction seems to have gone off after one just keeps on plowing into another as the cars continue to pile up and the cliché comes back to life. Every time that the internet seems ready to stop making fun of Mustang drivers, it all comes around full circle with another video like this that really stokes the fire and keeps going.

you cant make this up

When being a Mustang owner is life

Posted by SpeedShed: The Car Bible on Tuesday, February 13, 2018

« Caught In The Act! CTS-V Whipping Up a Batch of Donuts Gets Caught