Caught In The Act! CTS-V Whipping Up a Batch of Donuts Gets Caught

Caught In The Act! CTS-V Whipping Up a Batch of Donuts Gets Caught

Sometimes, when you have a car like a Cadillac CTS-V, this time, a luxury sedan that ...

Sometimes, when you have a car like a Cadillac CTS-V, this time, a luxury sedan that cranks out over 500 hp out of the box, you just want to use that horsepower and have a little bit of fun. However, if you’re going to really stretch out the legs on a car like this, it’s important that you pick your spots because doing something like ripping off a bunch of donuts in the middle of a crowded intersection isn’t necessarily something that we are going to recommend that anybody try since it’s incredibly dangerous and short-sighted. However, it looks like this Cadillac driver was really determined to attempt just that, a display that was caught on video, but there’s one twist that you absolutely have got to see here.

The screaming supercharged LSA powered sedan is absolutely a joy to watch in the street. Heck, even though it’s highly illegal, it’s even entertaining to watch the driver pull off a couple of donuts. I guess it’s better him than us, right? However, as the incredibly dangerous display comes to an end, the guy behind the wheel of this Cadillac notices that a police officer was hanging out nearby and saw the entire thing go down. Therefore, as you can probably imagine, the officer in question couldn’t just let this go but had to pull over the driver and see exactly what was going on and why.

If you follow along down in the display below, you’ll be able to watch this high horsepower sedan whipping up a batch of donuts right the middle of the street. However, it looks like after all is said and done and the officer flips his lights on, the driver of the Cadillac doesn’t exactly appear to want to hang out and see what is the officer wants. I’m not sure how well running away in a crowded city like this would go, though. 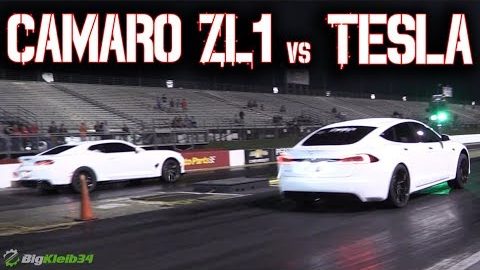