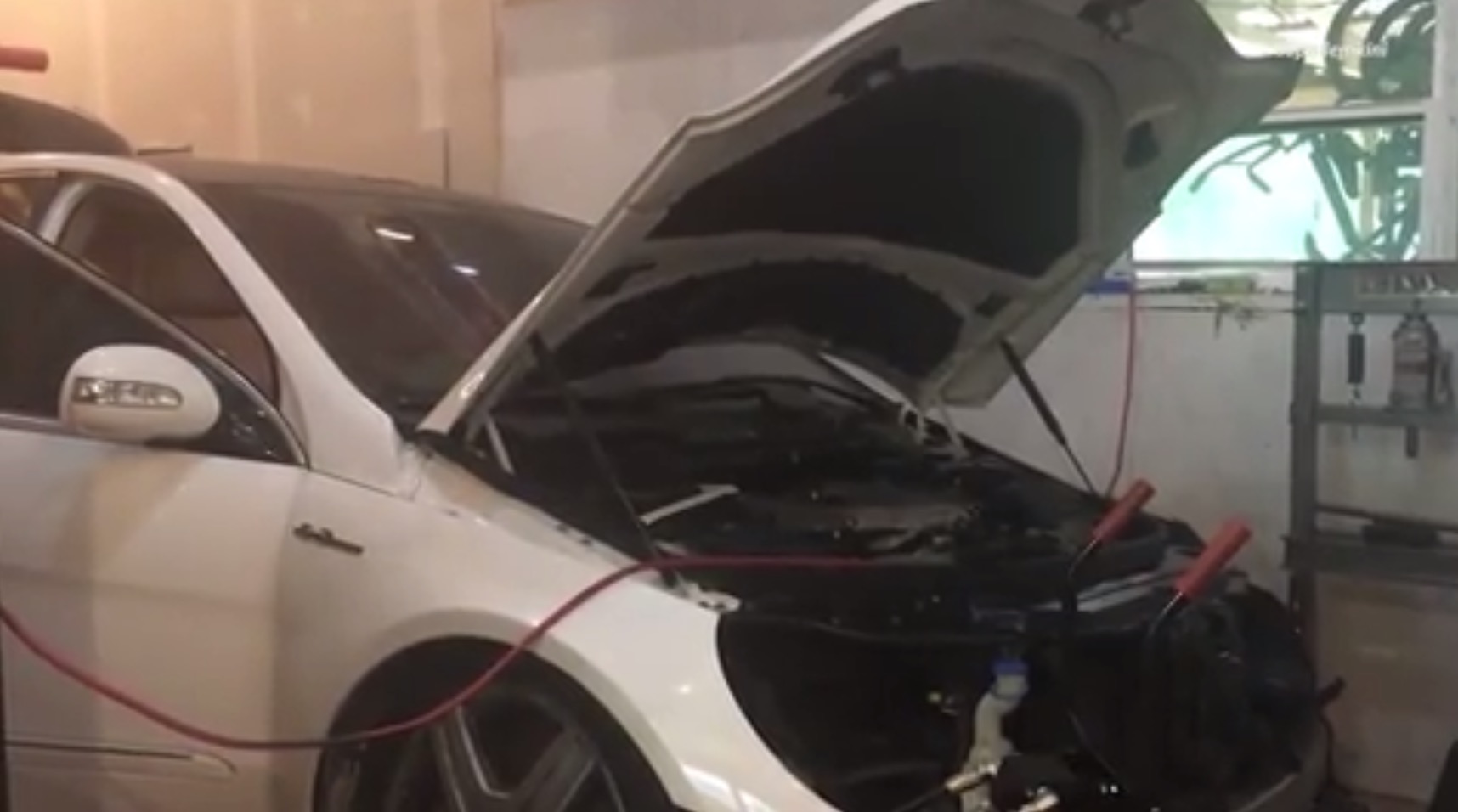 If you’ve ever been the lucky owner of a car, you’ve probably been in such a situation that has had you wondering if you should try to tackle a repair yourself or take it to a professional to get done. Depending on the severity of the situation and how much time you have on your hands, your answer can definitely sway from one side of the spectrum to the other. Sometimes, it’s just worth it to drop it off and have somebody else deal with the issue so that you can get it out of your hair. However, it doesn’t look like this guy had very much of a choice in the matter as the dealership wanted to charge him quite a heavy chunk of change to get his engine replaced.

Now, normally, This job would be an expensive one, but on this Mercedes-Benz R63 AMG, a head bolt failure would end up doing enough damage so that the car would require $57,000 in repairs. It might have seemed pretty steep, but I think that’s basically the dealership’s way of telling somebody that they don’t really want to do the job. So, instead of searching around for another shop to get it done, this ready and willing enthusiast decided to do it himself, putting the machine back together for just $7000, saving himself $50,000 in the process. might have taken him eight months, but lo and behold, after doing a little bit of research and busting a couple of knuckles, the Mercedes-Benz would be back in action and ready to roll. How much would you be willing to spend for somebody to fix your car before you decided that it just wasn’t worth it anymore and decided to do the job yourself? I don’t think that this much cash is in anybody’s budget given that he could have probably bought something just as nice for such a price tag!