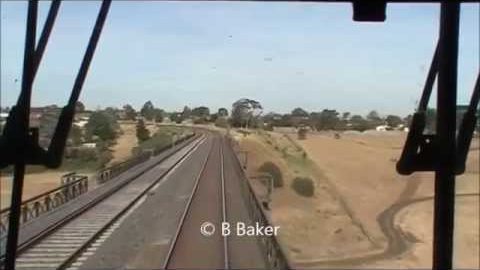 If you ever find yourself on a train, you may think that it’s all smooth sailing. There is, after all, pretty good chance that nothing is going to go wrong as it’s more difficult for the operator to make an error than it would be for the driver of a car. However, that isn’t to say that things don’t go awry when you’re traveling on rails. Many times, it won’t be an operator error, but instead, the environment will sneak up on the train and do its worst to put it in a bad situation. Many times, the conductor can do nothing but continue on as the train plows straight through whatever it is that’s providing this unique challenge that’s nearly impossible to defeat.

In this one, we ride along with the train that came up against a unique circumstance, indeed, as the operator here, Bernie Baker, pushed forward, straight through a track that had buckled and managed to throw the entire train to the side! Just imagine being on board a train that is easily making its way down the rails when all of a sudden, its motion is disturbed, tossing the giant locomotive out of its rhythm and suddenly throwing everybody on board along with it. If there’s one thing that could most certainly startle you, I’d venture to think that this would be that circumstance.

Luckily, we’re told that no major damage was done and while the crew might have been shaken up a little bit, it didn’t deter them from continuing along on their journey.The video below really shows you exactly what happened in this situation that probably had everybody on board wondering exactly what the heck was going on. One thing is for sure – I certainly wouldn’t want to have been in attendance when all that turbulence went down!

« How To Build a Full-Size LEGO McLaren