A Smart Car was in the Way, So Bystanders Illegally Moved It

A Smart Car was in the Way, So Bystanders Illegally Moved It

With the machine like the Smart Car, you have to realize that it has plenty of ...

With the machine like the Smart Car, you have to realize that it has plenty of benefits. It might not be the biggest or most luxurious car on the market but what it does, it does really well. The car acts as not only a fuel sipper but also a car that’s nimble, agile, and able to navigate as easily as it comes. It basically combines all of the benefits of having something like a motorcycle and tosses in some of the benefits of having an enclosed vehicle like the car as well. However, as you can imagine, driving around in such a machine might offer a couple shortcomings and some of them you would never even see coming.

This time, we look at one of the drawbacks of a car like this that you probably would’ve never predicted. Sure, the size might be of benefit at some point in time but in other situations, maybe not so much.

It’s apparent that the Smart Car doesn’t belong to one of the people pictured here and they just took the liberty of moving it on their own, however, that didn’t stop them from relocating the machine that would really appear as if it was simply in the way of a tractor-trailer that couldn’t move so the people nearby seized the moment, picking it up and moving it out of the way.

If you check out the video below, you’ll watch five individuals use the most of their strength to pick up the car and move it so that the tractor-trailer is able to move more freely, making its way free of the situation where was stuck with its tires spinning. I’m not exactly sure about what you think about a situation like this if it were your car but for me, if this were my vehicle, I would probably be pretty angry that someone took this kind of action without my permission. You never really know what kind of damage could be done by doing something like this, after all.

Security Guard Drives Off With Boot On Car! 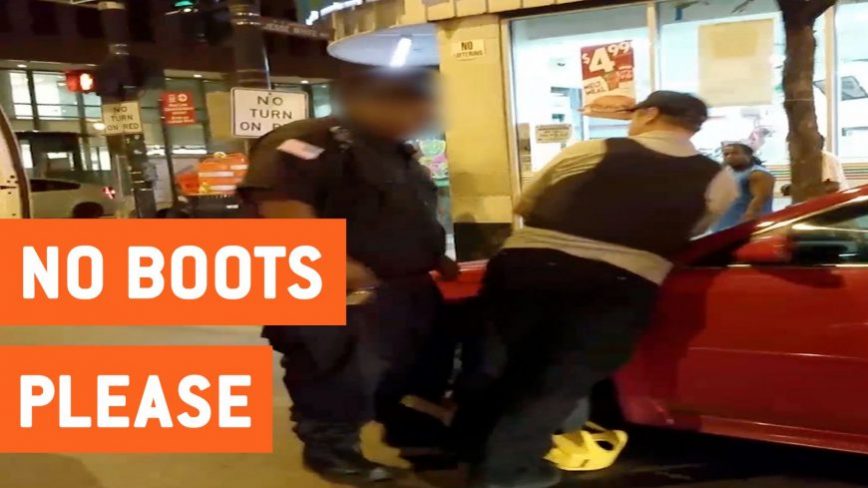