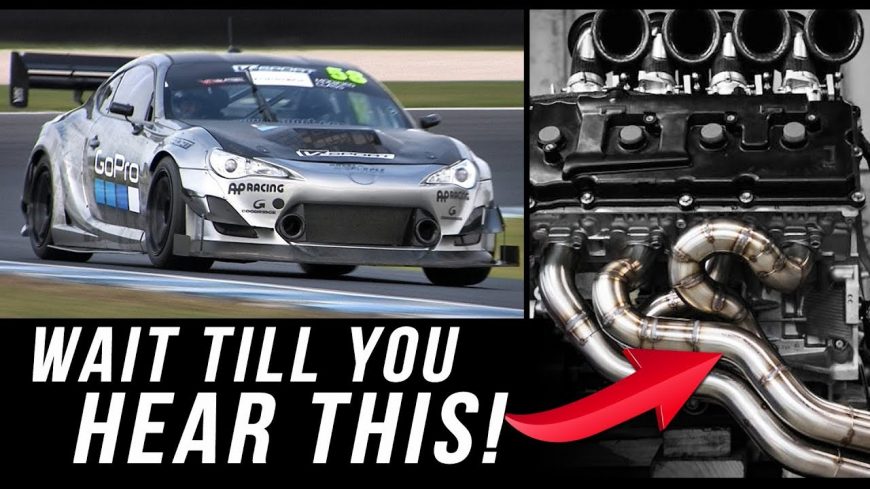 We have seen it over and over again.

Usually, when someone has pulled out a former power plant in favor of a newer V8 engine, you can probably best put the money on it being some sort of variant of the LS series and for good reason. Not only do these engines offer a lot of potential and a strong platform to build off of, but they also can be had at a fraction of the price of what you’re going to spend on a lot of other setups. However, not every car needs to have an LS in it because eventually, it would be pretty boring if everybody was rolling with the same thing and there are lots of other potential candidates out there to make good power with. Therefore, when people try something a little bit different, it can be interesting to take a look and see exactly how they set it all up.

This time, we check out nothing other than a Toyota 86, a car that originally came fitted with an FA20 boxer engine, the power plant that apparently didn’t fit the needs of the people over at V-Sport, so they decided to tear it down and start over again with something else. The result is pretty awesome to check out as, in place of that engine comes a Nissan VK56 5.6L V8. Now, this isn’t just any V8 as it definitely really pushes the limits on what exactly you expect to hear out of one of these engines as it cranks its way to an astonishing 9000 RPM, creating a sound that you have got to get your ears feasted on to believe.

If you follow along down in the video below, you’ll see exactly how a car like this comes together and what it’s all about when it’s put into action. Seeing this machine ripping around is most certainly a pleasure and we guarantee that it’ll have you interested in learning more about what’s under the hood of this crazy ride.

« They Ran Over His VW Beetle With a Lifted Truck!