Somehow, there are certain cars that find their way into our hearts. For one reason ...

Somehow, there are certain cars that find their way into our hearts. For one reason or another, these machines really stand out from the pack. As we look back over automotive history, there are plenty of cars that could’ve surged to the front. However, there are very few that are held in such high regard as the Ferrari F40.

The F40 seemed to be a statement of its time. Produced from the late 80s to the early 90s, only a touch over 1300 would ever be brought into the world. As the last vehicle approved by Enzo Ferrari and a bonafide racing machine, the Ferrari won over the masses. It probably helped that it was the most powerful Ferrari ever, at the time. These days, the cars are worth well over $1 million.

As with any limited run car, over the years, we might find ourselves wondering how many are left. After all, there probably have been a good number of F40s that were wrecked. Another portion of the cars have probably been broken down and forgotten about. What is the true number left wandering around in the world?

While we don’t have that exact answer, this time, we did run into an interesting Ferrari F40 story that might be a piece of the puzzle. The folks over at Car Throttle dug into the situation surrounding the rumors of the Sultan of Brunei having a secret stash of special F40s. They tell us that these were supposedly the only RHD F40s ever made.

After grabbing a whole collection of these cars and even modifying them, how many are left today? Did any make it out of the collection alive? Do some of them have 0 miles like they say? There are a bunch of myths that surround this incredibly interesting group. In this one, we hope that Car Throttle can put the rumors to rest.

Insanely Rare and Invaluable Ferrari F40 Burns to the Ground 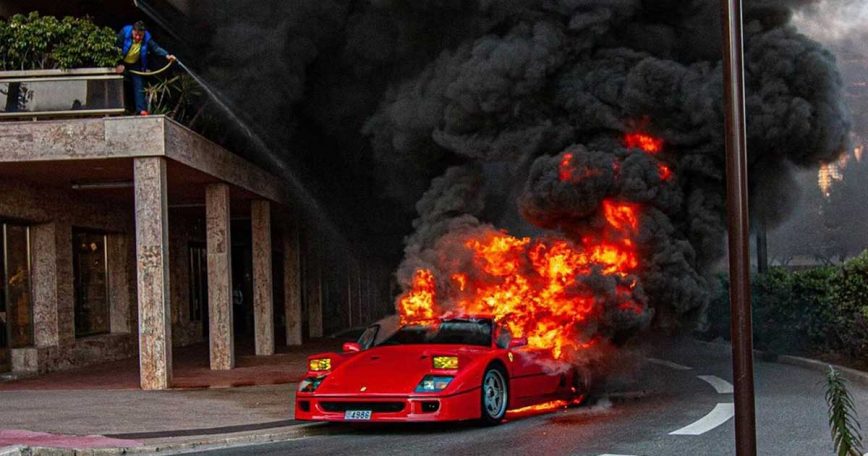