Cops Weaving Sideways Through 5 Lanes of Highway Traffic, but Why? 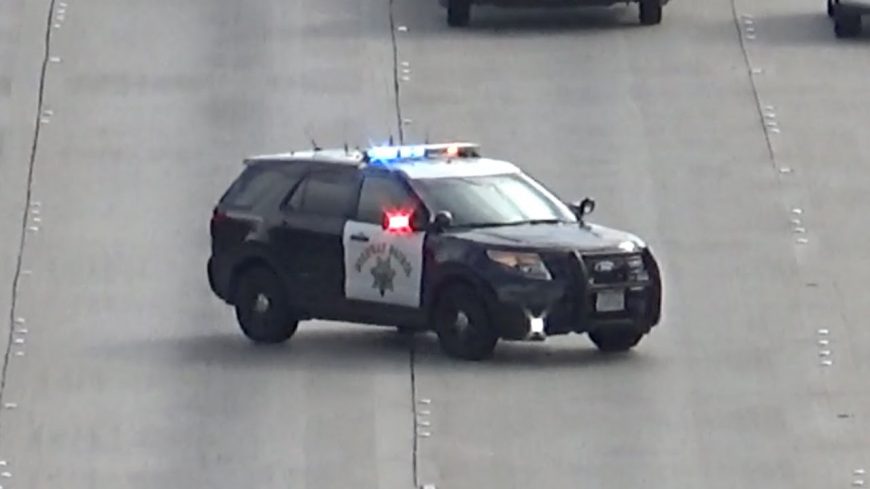 If you’ve ever’s traveled through the Golden State, you know that it can definitely be one that is known for having more than its fair share of traffic. With so many people trying to get to so many different places, it just naturally happens to be an area to get so clogged up that it takes a whole team of people who know what they’re doing to try and organize and conquer, overcoming this kind of a challenge on a regular basis. Now, we get that the solution isn’t something that’s perfect, which is a key point that you might have also picked up on if you’ve driven down a highway in California, however, it’s definitely something that’s made better with lots of effort.

One thing that you might find the California Highway Patrol doing is a maneuver that’s known as “traffic breaking.” Basically, the maneuver here will have a police officer swerving back and forth in front of traffic patterns in anticipation of a wreck or some other delay that is causing a hazard up ahead. Basically, by swerving in front of all of the cars here, the officer will slow people down and give the folks ahead, who are working on the accident, a little bit more space and time to be able to operate in a safe environment to clean it up and get out of the way.

It’s a pretty unique sight as it’s definitely not one that I think many people get to see when in their travels so watching a video like this is a pretty special look into what you might expect something with like this. After seeing it for yourself, maybe, if you end up in an uptight situation like this, it won’t be so confusing to you and you won’t be wondering why the police officer in front of you is busy doing a slalom right in the middle of the highway.

« Someone Stuffed a Massive Twin Turbo 6.0 Powerstroke in a Honda Civic