Sometimes, life acts in weird ways. One moment, you’ll be experiencing something that you would never think would fail and years later, you watch as the moment finally comes around where it does end up crumbling to the ground. With racing, you tend to see this a lot as certain race tracks or even entire forms of racing lose popularity and end up having to shut down, leaving the carcass of what was once a thriving, almost living thing, to rot in solitude. Taking a look at these various situations really has to make you reminiscent to wonder exactly what things were like when a place like this was under a full head of steam.

The way the video is put together here is quite eerie as we get to see the stark contrast between the absolute silence that resonates today at the iconic North Wilkesboro Speedway in North Carolina today and the once bustling atmosphere that had dozens of screaming cars roaring around the track once upon a time with thousands of fans to accompany the cars. It’s pretty crazy to think of just how popular a spot like this could have been as all that excitement was brewing on race day, only to fall years later and be left as nothing more than a reminder of what once existed.

In the video below, we check out a place where many great ones have set foot. At North Wilkesboro Speedway, many of the highest billing NASCAR drivers have gotten behind the wheel and made their way around the track, participating in a battle of position to try to go home with what was once the NASCAR Winston Cup Series championship. However, just like others before them, as time goes on, the track would fall out of use and eventually become sort of a ghost town that’s left to be appreciated for nothing other than its historic value. 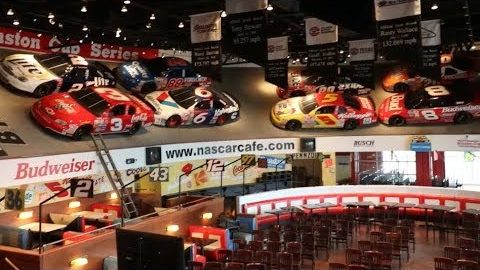