If you hadn’t noticed, we have developed quite an affinity for the General Lee ...

If you hadn’t noticed, we have developed quite an affinity for the General Lee lately. One of the most iconic television cars of all time, the 1969 Dodge Challenger that played as important a role on the Dukes of Hazzard as Bo, Luke, Daisy and Uncle Jesse has its own massive fan following. In fact, legend has it that the car itself received 35,000 fan letters, proving the love held for the car by fans of the show.

Due to its immense popularity, there are hundreds, possibly thousands of fans who have built their own replica General Lee, and they often hold meets and gatherings where you can see hundreds of General Lee’s together in one place. This avid fan and replica owner attended many of those gatherings, and was even fortunate enough to have John Schneider and Tom Wopat, the actors who played Bo and Luke Duke respectively, take his General for a spin at one of the conventions.

However, his prized Charger was heavily damaged by an untimely house fire, with the car sustaining heavy damage. It wasn’t completely destroyed, though, and as the end of the video reveals, the owners do restore the General, hopefully back to the awesome replica it was before the fire!

Amazing Facts You Never Knew About TV's Most Iconic Cars 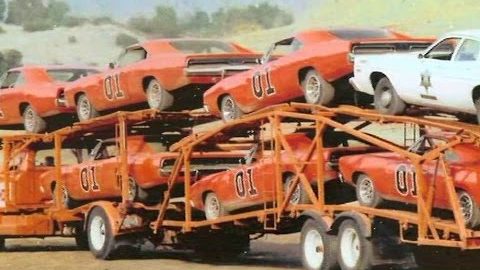