Aghakhani and Eidson Dominate Yet Again, Snag Pair of Victories in Lamborghini Super Trofeo at Sebring 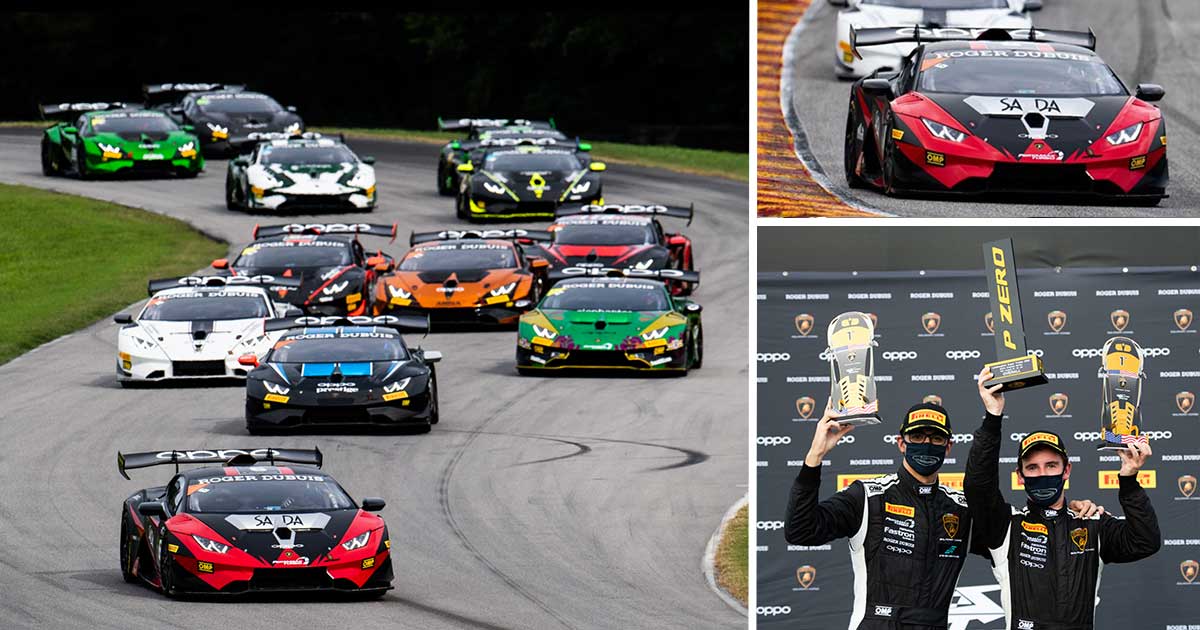 Another day, another absolutely dominating performance for the duo of Steven Aghakhani and Jacob Eidson behind the wheel of the No. 6 SADA Systems US RaceTronics Lamborghini Huracan. This time, the success came from Sebring International Raceway this past week.

The performance was said to be “Perfect” at Sebring. The duo has become a pair of rather familiar faces at the podium and they would take that place again this past weekend. Aghakhani and Eidson would take home not one but two victories. The victories would come from a pair of 45-minute races on the 3.74-mile road course on Thursday and Friday. This sort of pure dominance isn’t typically something seen in this sort of professional racing.

The race wasn’t a last-second push, either. Instead, the team seemed to thoroughly dominate. The success would begin Thursday as both Aghakhani and Eidson would find a way to secure a pole position for the overall and Pro classes. The momentum would carry into Friday’s doubleheader, says Speedway Media, as they paint the story, telling us that Aghakhani set the fastest race lap in the first race before the wild stallion of a machine would be handed over to Eidson who seized the moment, taking victory by a margin that grew to over 3-seconds.

The roles would be reversed in the finale. Eidson started off the race, setting the fastest lap before Aghakhani brought it home, affording the team nearly a one-second margin of victory. Furthermore, we learn that these fastest laps in both races were circuit records.

Following the race, the drivers paid homage to the incredibly successful season that they’ve put together so far. Aghakhani thanked the team and said that they did “An amazing job, the engineers did everything they could, the car was extremely fast, put down the lap record and had the fastest lap in both races. I dealt with the pressure, came out first place in both races, and we had first place in qualifying both times. It’s something to keep our heads up about.,” according to Speedway Media.

Meanwhile, Eidson sang the praises of the team, saying that “Everyone put in a lot of effort to make this car as fast as it is, and a lot of people don’t see that. It really is a team effort and we need all of them to be this competitive.”  – Stevenracing.com

It’s absolutely amazing to think that the duo, at such a young age, was able to shell out such dominance in the 2020 Super Trofeo Championship, winning four races in the ten-race season and grab six pole positions along the way. At an average age of just 21 years old, the future is looking very bright for the hottest stock in the Super Trofeo market.

We take a look at the pair of races in which the duo really flexed their racing ability.

« This 6×6 Pickup is a Dodge Demon Powered, Bulletproof Armored Monster Fit For a Modern Apocalypse